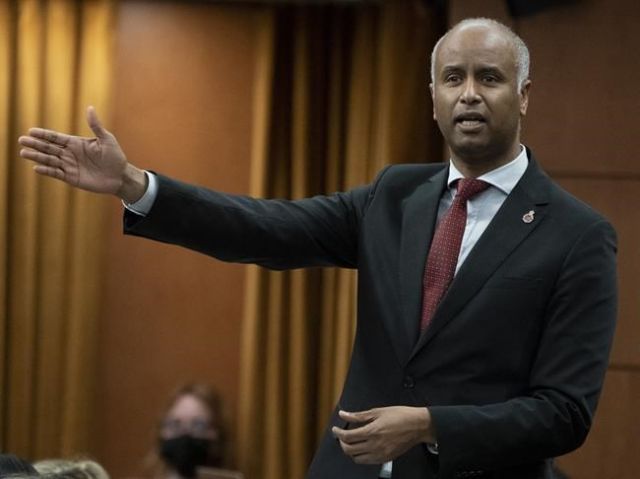 Photo: The Canadian Press
Housing and Diversity and Inclusion Minister Ahmed Hussen rises during Question Period, in Ottawa, on April 28, 2022. The federal government has announced funding to construct and repair hundreds of shelters for women and children fleeing violence. THE CANADIAN PRESS/Adrian Wyld

The federal government has announced funding to construct and repair hundreds of spaces for women and children fleeing violence.

Housing Minister Ahmed Hussen says the government will give over $121 million to build and repair a total of 430 spaces in shelters and transitional housing.

The money comes from an initiative under the national housing co-investment fund, previously announced in the 2021 budget.

Lise Martin, executive director of Women’s Shelters Canada, says while the funding is a good start, it is "unfortunately a drop in the bucket" to meet the high need for women seeking safe shelter.

Martin says she was disappointed the government did not renew the funding in the 2022 budget.

She says she would like to see this initiative renewed until the end of the national housing strategy, which is set to end in 2027-28.