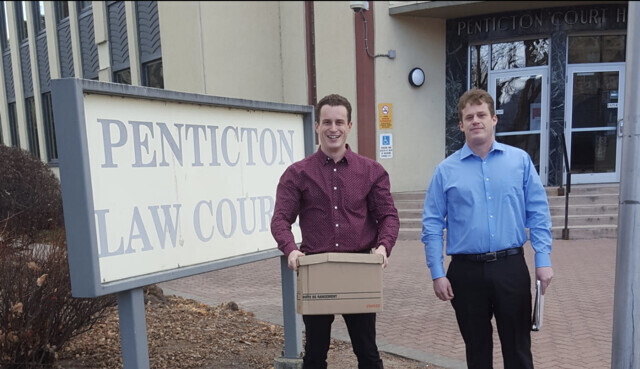 A pair of Summerland brothers have been partially vindicated after a Civilian Review and Complaints Commission found RCMP acted incorrectly during their long-term investigation into a nasty neighbours feud.

Brad and Darren Besler have been in and out of court for years, facing charges over a difficult relationship with neighbouring mushroom farm What the Fungus.

The pair were upset with the farm putting up buildings within the property setbacks, which were granted an after-the-fact variance by the District of Summerland in June 2019.

Various acts of intimidation, mischief, threats and vandalism were alleged to police by both the brothers and the farm.

After a 12-day trial at which the Beslers represented themselves, they were found guilty of mischief in Oct. 2021. The brothers originally faced criminal harassment charges.

But that decision was overturned after appeal in March 2022, fully acquitting the brothers.

Now, the pair have chalked up another victory.

At their request, the Civilian Review and Complaints Commission for the RCMP looked into the actions of Const. Luc Rioux, Const. Jacques Lefebvre and Cpl. Christopher Richardson as the investigated the back-and-forth volley of complaints from Thor Clausen, owner of What the Fungus against the Beslers, and vice versa.

In its report dated May 20, the commission found the RCMP's own review on the police officers' actions missed the mark.

The commission, which is an independent agency, found that the RCMP review did not accurately address Const. Rioux's "failure to disclose evidentiary material relevant to the prosecution of the Beslers’ case in a fulsome and timely manner," and Const. Rioux and Cpl. Richardson's "failure to make adequate notes about their investigation of the Beslers’ complaint of vandalism."

The police officers involved have been ordered to receive additional training. All three will receive "operational guidance on the importance of note taking."

The commission dismissed several other complaints about the officers' conduct, including an "improper attitude" towards the brothers, alleged "unreasonable actions," and biased reports.

This is not the end of the Besler brothers' legal battles. They have filed a pending BC Supreme Court civil claim against the RCMP alleging misconduct by the Summerland officers, that will be before the courts at a later date.