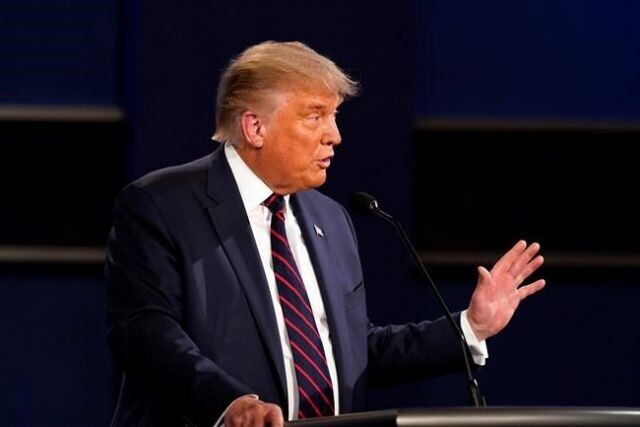 In a 43-page ruling, U.S. District Judge Brenda Sannes said she based her decision on case law that, in most cases, bars federal judges from interfering in state-level investigations.

Sannes’ ruling came a day after a New York appeals court ruled that Trump must answer questions under oath in James’ probe, upholding a lower-court ruling requiring him to sit for a deposition.

“In a big victory, a federal court has dismissed Donald Trump’s baseless lawsuit to stop my office’s investigation into his and the Trump Organization’s financial dealings,” James said in a tweet. “Frivolous lawsuits won’t stop us from completing our lawful, legitimate investigation.”

A message seeking comment was left with Trump's lawyers.

Trump sued James in December, just after she issued a subpoena for his testimony, resorting to a familiar but seldom successful strategy in an attempt to end the three-year investigation.

Through his lawyers, the Republican former president alleged that the probe was political in nature and that James, a Democrat, had violated his constitutional rights in a “thinly-veiled effort to publicly malign Trump and his associates.”

James responded that Trump’s lawsuit was a sudden “collateral attack” on her investigation and that there was no legal basis for it and no evidence to support his claim that the probe is purely political.

At a May 13 hearing that precipitated Sannes' ruling Friday, a lawyer for James' office said the probe is winding down and that evidence from it could support legal action against the former president, his company, or both.

The lawyer, Andrew Amer, said “there’s clearly been a substantial amount of evidence amassed that could support the filing of an enforcement proceeding,” although a final determination on filing such an action has not been made.

Amer, a special litigation counsel in James’ office, said the office is “nearing the end” of the civil investigation, which James has said uncovered evidence Trump’s company misstated the value of assets like skyscrapers and golf courses on financial statements for more than a decade.