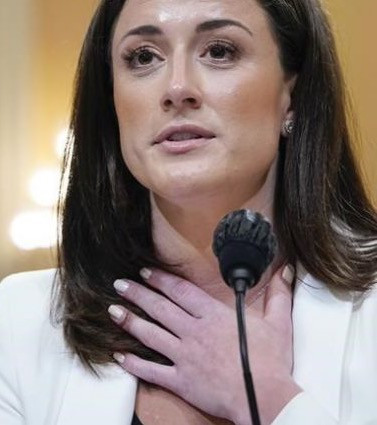 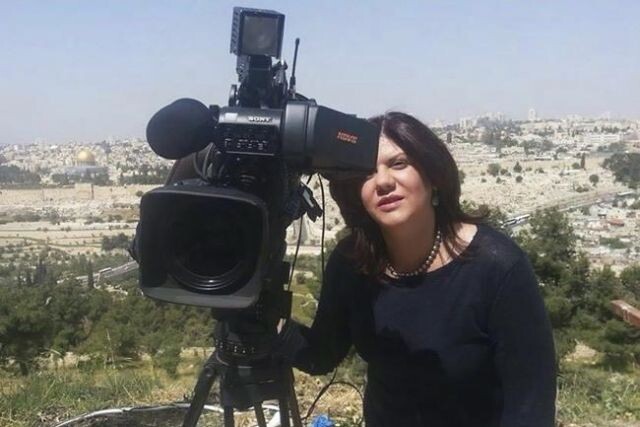 Photo: The Canadian Press
In this undated photo provided by Al Jazeera Media Network, Shireen Abu Akleh, a journalist for Al Jazeera network, stands next to a TV camera in an area where the Dome of the Rock shrine at Al-Aqsa Mosque in the Old City of Jerusalem is seen at left in the background.

The Palestinian Authority on Thursday announced the results of its investigation into the shooting death of Al Jazeera journalist Shireen Abu Akleh, saying it had proven she was deliberately killed by Israeli forces as she tried to flee.

The conclusion echoed the results of a preliminary investigation announced nearly two weeks ago and were widely expected. Israel rejected the findings, with Defense Minister Benny Gantz calling them, “a blatant lie.”

Abu Akleh, a veteran Palestinian-American reporter for Al Jazeera’s Arabic service, was shot in the head on May 11 during an Israeli military raid in the city of Jenin in the occupied West Bank.

Witnesses and Palestinian officials have said she was hit by Israeli fire. Israel says she was shot during a battle between Israeli soldiers and Palestinian militants. It says that only a ballistic analysis of the bullet — which is held by the Palestinian Authority — and the soldiers’ guns can determine who fired the fatal shot.

Announcing the results of his probe at a news conference in the West Bank city of Ramallah,, Palestinian Attorney General Akram Al Khateeb said he had determined there were no militants in the immediate area where Abu Akleh was located.

“The only shooting was by the occupation forces, with the aim of killing,” he said.

Abu Akleh was in a group of journalists wearing helmets and protective vests marked “press.” Al Khateeb said the army saw the journalists and knew they were journalists.

He accused Israel of shooting Abu Akleh “directly and deliberately” as she tried to escape. He also repeated the Palestinian position that the bullet will not be handed over to the Israelis for study. He said they decided not even to show images of the bullet “to deprive (Israel) of a new lie.”

Al Khateeb said his investigation was based on interviews with witnesses, an inspection of the scene and a forensic medical report.

In a speech later Thursday, Lt. Gen. Aviv Kohavi said it was impossible to know who fired the bullet and once again called on the Palestinians to cooperate to “get to the bottom” of what happened.

“But there is one thing that can be determined with certainty," the military chief said. "No soldier fired intentionally at a journalist. We investigated that. We checked it. That is the conclusion. There is no other.”

Israel denies targeting journalists and has offered two possible scenarios, saying Abu Akleh was either shot by Palestinian militants who were firing recklessly at an Israeli army convoy or that she was hit by Israeli gunfire aimed at a nearby militant. The military has identified the rifle that may have been used in that scenario, but says it needs to test the bullet to make any final determination.

An AP reconstruction of events has lent support to eyewitnesses who say she was shot by Israeli troops. But a weapons expert interviewed by the AP as part of the reconstruction said that it was impossible to reach a conclusive finding without further forensic analysis.

Palestinian witnesses say there were no militants or clashes anywhere near Abu Akleh. The only known militants in the area were on the other side of the convoy, some 300 meters (yards) from her position. They did not have a direct line of sight, unlike the convoy itself, which was some 200 (meters) away on a long straight road.

Israel has publicly called for a joint investigation with the PA, with U.S. participation, and has asked the PA to hand over the bullet for testing. But the State Department said Wednesday that it had received no formal request for assistance from either side two weeks after her death.

The PA has refused to hand over the bullet to Israel or cooperate with it in any way, saying Israel cannot be trusted to investigate its own conduct. Rights groups say Israel has a poor record of investigating when security forces shoot Palestinians, with cases often languishing for months or years before being quietly closed.

The PA administers parts of the Israeli-occupied West Bank. Hussein Al Sheikh, a top Palestinian official, said Thursday's report would be shared with the U.S. administration. Copies will also be delivered to Abu Akleh's family and to Al Jazeera, he said.

The Palestinians say they will also share their results with international parties, including the International Criminal Court, which launched an investigation into possible Israeli war crimes last year. Israel has rejected that probe as being biased against it and is not cooperating with it.

The severe distrust means the Israeli and Palestinian investigations into Abu Akleh’s death are unfolding separately, with neither likely to accept any conclusions reached by the other.

Each side is in sole possession of potentially crucial evidence. Ballistic analysis could match the bullet to a specific firearm based on a microscopic signature, but only if investigators have access to both. Lt. Col. Amnon Shefler, a military spokesman, told the AP the military has additional footage from that day, but declined to say what it shows or when it would be released, citing the ongoing investigation.

Palestinians are still mourning Abu Akleh, a widely known and respected on-air correspondent who rose to fame two decades ago, during the second Palestinian intifada, or uprising, against Israeli rule. The 51-year-old documented the harsh realities of life under Israeli military rule — now well into its sixth decade with no end in sight — for viewers across the Arab world.

Jenin has long been a bastion of Palestinian militants, and several recent attacks inside Israel have been carried out by young men from in and around the town. Israel has continued to carry out near-daily raids in Jenin since Abu Akleh’s death, which it says are aimed at preventing more.

Israel captured the West Bank in the 1967 war and has built settlements where nearly 500,000 Israelis live alongside nearly 3 million Palestinians. The Palestinians want the territory to form the main part of their future state, but peace talks broke down more than a decade ago, and Israel’s dominant right-wing parties are opposed to Palestinian statehood.

The PA itself is seen by many Palestinians as a corrupt and authoritarian body that aids the occupation by coordinating with Israel on security matters. Any cooperation with Israel on the Abu Akleh investigation would likely spark a popular backlash among Palestinians, who view her as a martyr to both journalism and their national cause.