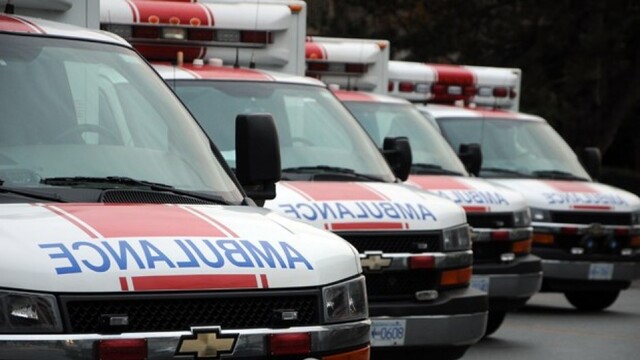 The number of hospitalized COVID-19 patients in B.C. has fallen by 67 in the past week, to 473 – the fewest since April 14, according to government data for today.

Of those, 42 people are sick enough to be in intensive care units (ICUs), which is down by seven in the past week, and is the lowest since May 5.

Another 42 people are listed as having died with COVID-19 in the week up to May 21, even though the province's pandemic death toll rose by 71, to 3,469, in that time frame.

The number of new COVID-19 deaths in B.C. in a seven-day span has consistently been a lower number than that which the province's pandemic death toll has risen since the province shifted to reporting COVID-19 data on a weekly basis in early April.

This is the opposite of what Provincial Health Officer Dr. Bonnie Henry in early April said would happen.

When the province shifted to providing weekly COVID-19 data updates it changed how those deaths were calculated. The new system is that all deaths are counted if the person tested positive for the virus in the past 30 days, and then died – a calculation that would include car accidents.

As a result, Henry said that the new system would overcount deaths initially, and that the death toll would then be altered weeks or months later, when the province's Vital Statistics Agency confirmed that some deaths were not related to COVID-19.

When Glacier Media asked the B.C. Ministry of Health about this, an official said that the reason was that death totals were "tentative."

Provinces have different ways of calculating COVID-19 deaths, but Canada-wide, the death toll passed the 40,000 mark earlier this month, and it sits at 40,799 as of yesterday (May 25.) That total would not have included the B.C. deaths that were reported today for the week that ended May 21. The 42 COVID-19 deaths in one week in B.C. is the lowest number since four weeks earlier, in the week that ended April 23, when there were also 42 deaths.

Data for new infections has long been widely dismissed, and even Henry earlier this year called it "not accurate." This is because in December she started telling people who were vaccinated and had mild symptoms to not get tested and to simply self-isolate. She said at the time that this was to increase testing capacity for those with more serious symptoms and those who are more vulnerable.

Nonetheless, B.C. today reported 1,358 known cases in the week up until May 21. In that week, officials conducted 22,210 tests, for a 6.11 per cent positive-test rate. That is the lowest positive test rate since April 14.

B.C. has long stopped reporting what it considers active infections, or ones where the infected person has not yet gone 10 days after first exhibiting symptoms. It does however, provide data for total known infections since the first case was detected in late January 2020. That total is now 370,559.

The national count for COVID-19 infections is 3,855,100, so B.C's per-capita number of cases is below the national average. Different provinces operated with different advice on when people should get tested so it is not clear whether the data is comparable.