Former B.C. legislature clerk to be sentenced July 4 for $1,900 in misspending

Clerk to be sentenced July 4 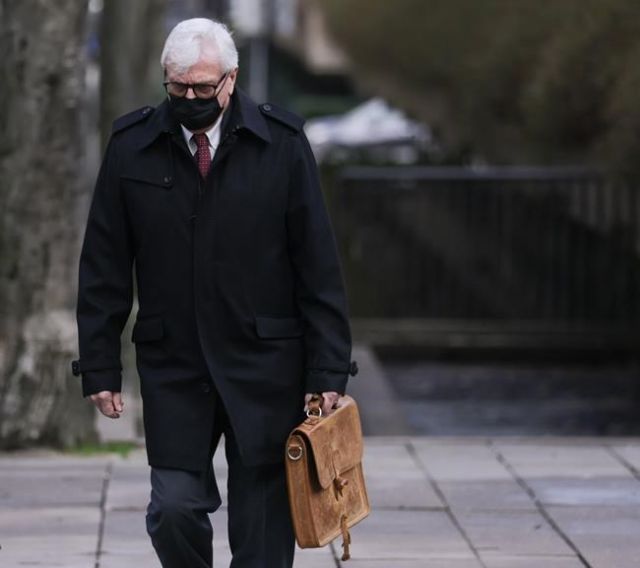 Photo: The Canadian Press
Craig James, former clerk of the British Columbia legislature, leaves B.C. Supreme Court during a break from his trial in Vancouver, on Wednesday, January 26, 2022. JA former clerk of the B.C. legislature is set to be sentenced on July 4 after he was found guilty of fraud and breach of trust. THE CANADIAN PRESS/Darryl Dyck

A former clerk of the B.C. legislature is set to be sentenced on July 4 after he was found guilty of fraud and breach of trust.

The fraud charge against Craig James was stayed last week because it was related to the same set of evidence involving nearly $1,900 in claims he made for work attire, so a conviction was not entered on that count.

He was found not guilty on three other counts of breach of trust related to a $258,000 retirement benefit and the purchase of a wood splitter and trailer that he said were bought for emergency preparedness at the legislature.

Associate Chief Justice Heather Holmes of the B.C. Supreme Court said James breached the standard of conduct expected of him in his public position in a "serious and marked way" when he dishonestly claimed expenses for dress shirts, a tie and a suit.

She said the clothing bought in London and Vancouver was claimed as chamber attire and that James benefited himself at the public's expense.

The trial heard he bought dozens of items like cuff links, books and commemorative coins while on trips to the United Kingdom, the United States and Hong Kong, but Holmes found there wasn't enough evidence to suggest they were for personal use.