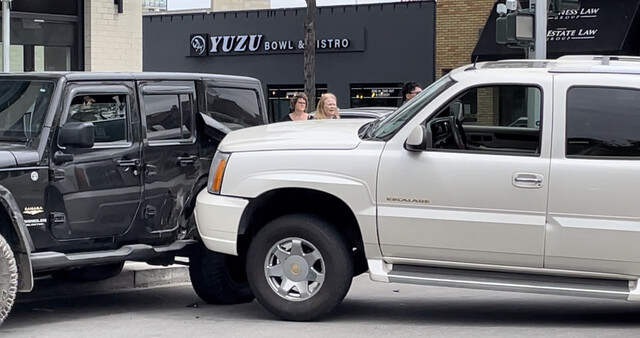 Photo: Cindy White
A white Escalade struck a black Jeep at the corner of Lawrence Ave. and Ellis Street on Thursday, May 26, 2022.

A lunch-hour crash is partially blocking traffic on Lawrence Avenue at Ellis Street in downtown Kelowna.

A white Cadillac Escalade hit the side of a black Jeep that appears to have been parked along westbound Lawrence Ave.

Both drivers were out of their vehicles and appeared to be OK.

The RCMP is on scene and has blocked off all traffic westbound on Lawrence Ave. at Ellis Street. Cars are still getting by northbound on Ellis, but southbound is also blocked. 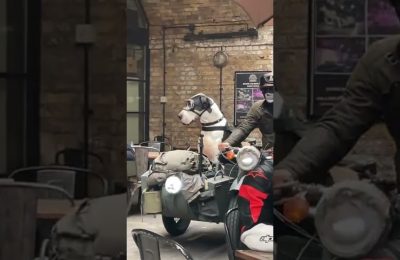 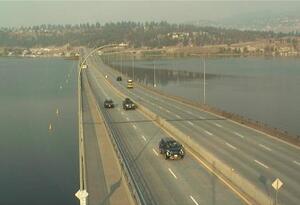