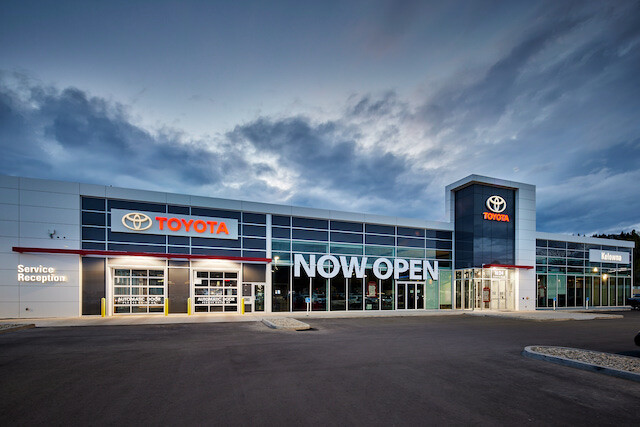 Photo: Contributed
The new Kelowna Toyota facility is located on Cary Road, near the intersection of Highway 97 and Highway 33.

When it comes to customer service, Kelowna Toyota does it right. And now the local dealership is offering that service in an impressive, state-of-the-art new facility.

Located near the intersection of Highway 97 and Highway 33, at 1624 Cary Road in Kelowna, the new 48,000-square-foot building allows Kelowna Toyota to improve on the already impressive customer experience it provides its clients.

“The new building will allow us to offer an even better customer experience than the old location.”

With double the space of the previous dealership, the new building includes a number of additions and expansions including a much larger and more comfortable customer lounge, complete with a business centre and computer plug-in so customers won’t miss a beat when it comes to working while waiting for their vehicles.

There are indoor delivery bays so customers do not have to step outside to collect their vehicles, as well as a two-lane drive-thru area for customers to drop off their vehicles for service.

But the lanes do more than simply make it easier for vehicle delivery. Both lanes are equipped with scanners that automatically check the wheel alignment and tire tread of all vehicles passing through to help keep customers informed about the condition of their vehicles.

The new facility also offers more parking, particularly for vehicles being dropped off, something that was in short supply at the former location. It also allows for in-house seasonal tire storage for customers.

Kelowna Toyota has also added a second shuttle to service its customer, said Kaban and that now allows the dealership to shuttle customers between the dealership and West Kelowna, something it could not do in the past with just one courtesy shuttle.

The expansive new space also allows for a technology centre where customers can learn about the technical innovations included in their Toyota vehicles, and, with the growing popularity of electric vehicles, the new facility includes vehicle charging stations.

Kaban said the larger space has also resulted in more jobs at the dealership and already 10 more employees have been hired and he expects that number to grow in the future.

“The whole point (of the new, larger facility) is to increase our capacity for servicing and create a better customer service experience,” he says.

And that high level of customer service and community participation has not gone unnoticed.

Kelowna Toyota was named this year’s City of Kelowna Corporate Community of the Year Award winner last month at the Civic Awards. The award is given to a business in recognition of overall outstanding contributions to the community through initiatives, employee volunteerism and finaciancial or in-kind donations, with a direct benefit to Kelowna.

“It’s so nice to be recognized and something we are very proud of,” said Kaban. "From everyone on the Kelowna Toyota team, thank you for helping us make this happen."

For more information about Toyota vehicles and Kelowna Toyota, go to its website at www.kelownatoyota.com or call (778) 902-8178. 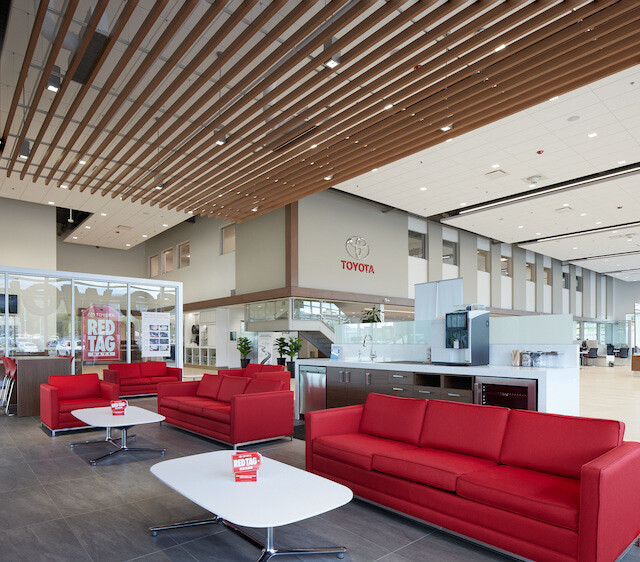