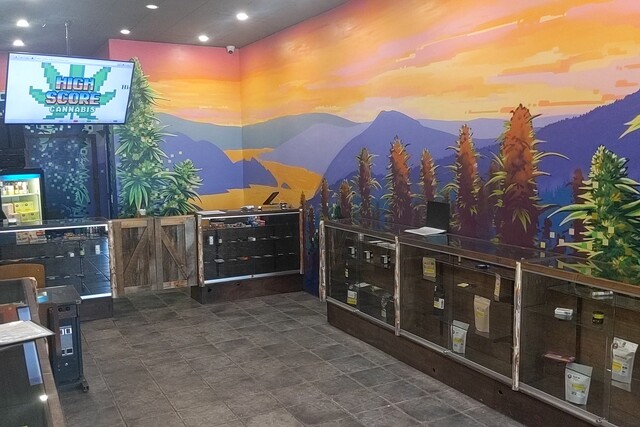 The owner of the oldest hemp store in downtown Kelowna now has the newest—and only—cannabis shop on Bernard Avenue.

And it’s more than fitting that the store is High Score. It is owned by Lee Schurian, who has been next door with Hemp City for the last 16 years. He is a fourth-generation Kelownian whose great grandfather, Gil Mervyn, opened a grocery store at the corner of Harvey and Richter in 1944, and started Mervyn Motors in the 1955. His grandfather, Doug Mervyn, helped create Big White Ski Resort. It seems only right Schurian opens the first cannabis shop on the city’s main downtown artery.

And he had to fight hard for it to happen. 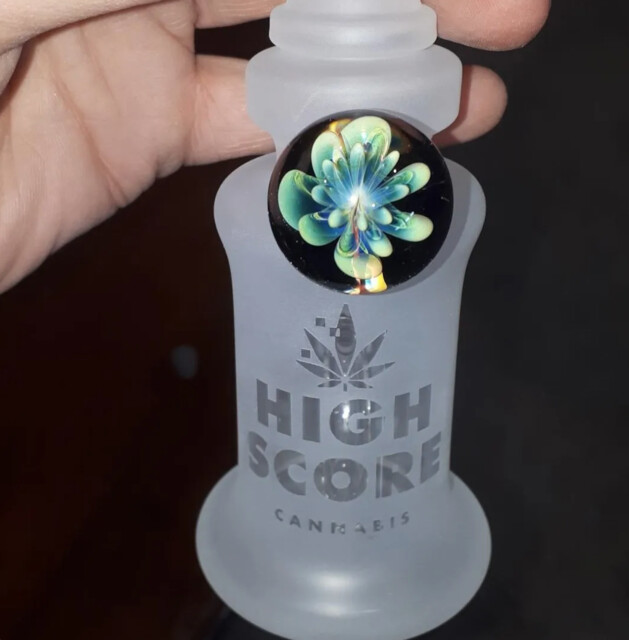 That’s because he was at first denied a cannabis licence from the city. His shop was too close to a city park, Kasugai Gardens, so he had to watch as locations around him secured licences. None of those licensed spots actually opened stores, though. Often the licence was flipped for more money.

Meanwhile, an entrepreneur who had given so much to the community—and who had received so much from the community—was forced to sit on the sidelines despite already operating a store prior to legalization that was the closest thing to a pot shop the downtown core could have.

“During the pandemic I had a little extra time, and I decided to fight for it,” Schurian says. “I got petitions, community support. I went all around. I went to council meetings, and we actually won in the end, which was pretty surprising because there had been no other stores that opened downtown.”

So it all worked out, and now High Score is the go-to cannabis location along downtown’s main strip. The store has plenty of affiliated history thanks to Hemp City, so Schurian knows the clientele well. That includes those who have lived in Kelowna all along and the masses who descend upon the city each summer.

“We have a loyal, huge customer base,” says Schurian, who chose the High Score name due to his love for arcade games. “We’re here for the locals, for the people, for everybody, actually. Kelowna is awesome. This is my home. There’s so many tourists and so many awesome people, and Kelowna’s just getting better and better. So it’s really cool to be the first on Bernard.”

High Score is open from 9 a.m. to 11 p.m. daily, and it carries local strains with competitive prices and quality products—some of which are made next door at Hemp City using its glass lathe. Schurian says he has one of the best glass blowers in Canada, and that results in premium products like bongs and pipes.

“We also have a large selection of extracts and flower,” Schurian says. “Everything we can sell, we’re gonna keep it stocked up with knowledgeable staff. We’ve been in the industry for so long that we’ve got a few veterans on our team, and we’re teaching the new ones.”

Another reason why High Score stands out is the various cannabis seeds it sells for those who want to grow on their own.

More information about High Score can be found here.