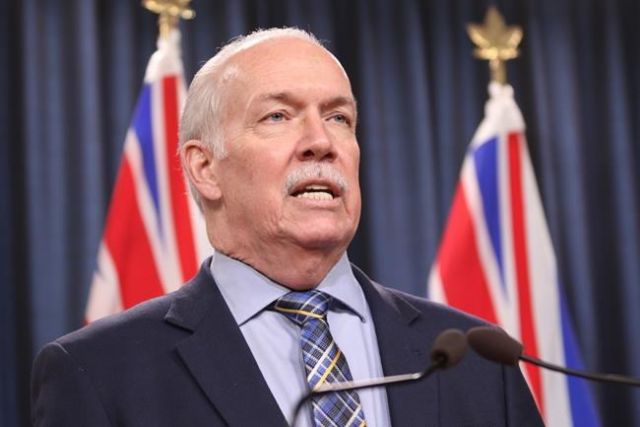 Photo: The Canadian Press
Premier John Horgan answers questions during a news conference in the press theatre at the legislature in Victoria, Friday, March 11, 2022. Police say they are investigating manure left at the front doors of British Columbia premier's local constituency office in Langford. THE CANADIAN PRESS/Chad Hipolito

A news release from RCMP Wednesday says officers were called to a report of manure being dumped and signs being posted at Horgan's community office around 9 a.m.

It says the suspects are believed to be supporters of Save Old Growth and the incident is under investigation as mischief.

In a statement posted on the group's website, supporters of Save Old Growth claimed responsibility for their action and likened the government's policies to manure.

Zain Haq, a co-founder of Save Old Growth, says in an email that a majority of residents want the government to ban logging of these forests, but "if the premier refuses to implement the will of the people then we can expect people to engage in nonviolent direct action."