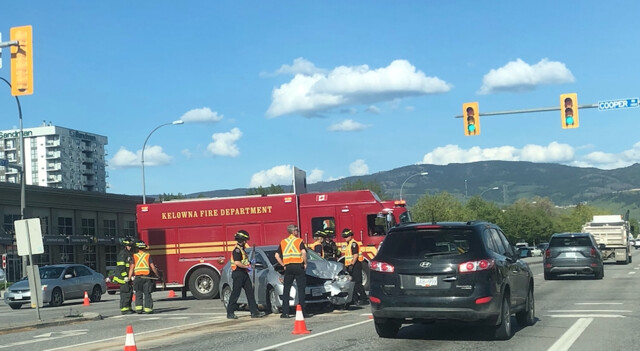 Photo: Rob Gibson
A collision blocked portions of the inside lanes of Harvey Ave. at Cooper Rd. Wednesday evening.

The wreckage has been cleared from the scene and traffic is back to normal in the area.

A two-vehicle collision is causing a slow go for evening commuters on Harvey Avenue.

Emergency crews are on the scene of the collision at the corner of Harvey Ave. and Cooper Rd. They are blocking the inside turning lanes and portions of the left-hand lanes.

Traffic was backed up to Gordon Drive.

Other routes in the area also appear to be moving slowing, according to Google Maps. 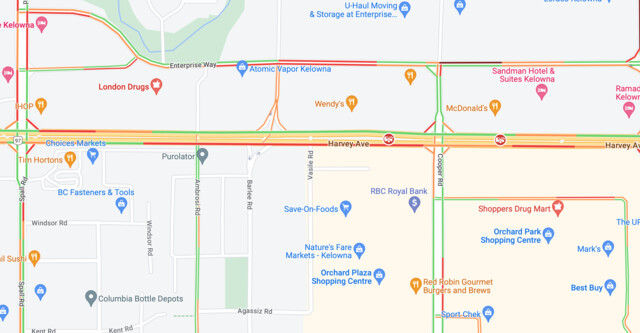 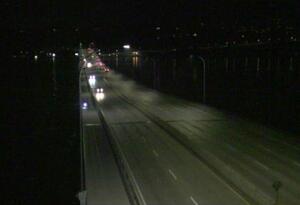