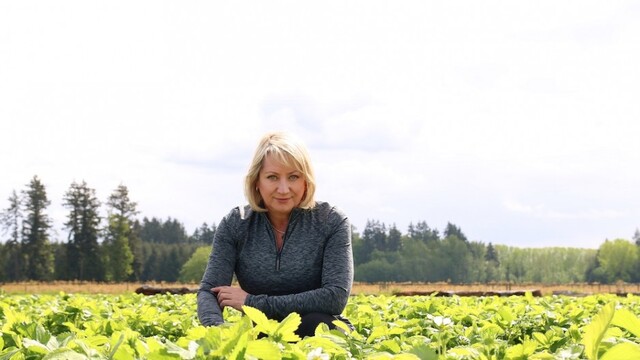 Canadian farmers have recently griped about rising costs, but on average their bottom lines have swelled in recent years.

The country's number cruncher called the profit "realized net income," and defined it as the difference between farmers' cash receipts and operating expenses, minus depreciation, plus income in kind.

Pre-pandemic, in 2019, farmer profit increased 5.1 per cent over the prior year.

In 2021, unfavourable weather conditions during the growing season and supply chain disruptions put upward pressure on prices, according to Statistics Canada.

Those higher prices outweighed higher input costs for producers' farms. Fertilizer costs jumped 31.8 per cent, while machinery fuel costs were up 29.1 per cent, and livestock feed was up 23 per cent.

Saskatchewan had the highest realized net income, according to Statistics Canada. It was followed by Alberta, Ontario, Manitoba and Quebec. Those provinces generate high volumes of crops, and were able to capitalize on high crop prices.

Richberry Farms owner and Ocean Spray chair Peter Dhillon said not only are fertilizer prices soaring, but the products are often not available.

"We were uncertain whether we could get fertilizer this year so we bought, I think, a third of our needs, and we've stored that," he said. "We're hoping that two thirds of our needs will be supplied."

Minimum wages are set to rise nearly three per cent, to $15.65 per hour, on June 1. Driediger said she pays transportation costs to get 36 temporary foreign workers to Canada from Mexico, and then pays them at least minimum wage.

Another cost is the 1.95-per-cent health tax that she has to pay on top of temporary foreign workers' wages even though those workers are ineligible to access B.C.’s health-care system without paying for services out of their own pockets until they have been in the country six months.

The result, Driediger said, is that she pays the B.C. government $15,600 on the approximately $800,000 in annual wages that she pays her 36 TFWs for a service that they are not able to receive. These costs and increased expenses for fertilizer and other farm inputs cut into her profit because she cannot pass on the expenses, she said.