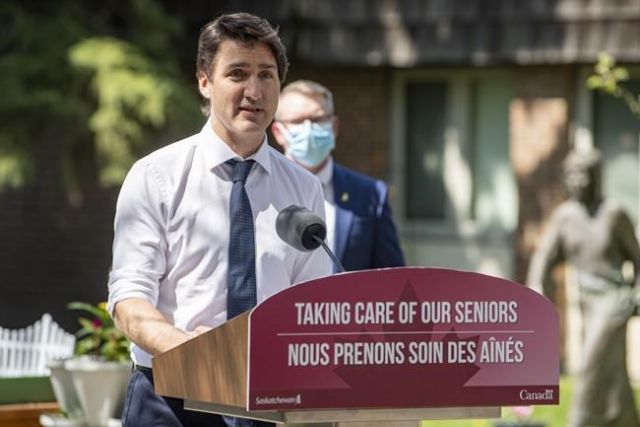 Prime Minister Justin Trudeau says the safety of Canadians participating in democracy should never be jeopardized by the kinds of racist insults and threats of violence lobbed at people attending a Liberal fundraiser in British Columbia on Tuesday.

Trudeau says all governments should be seized with the issue amid a rise in the presence of aggressive or hateful protesters appearing at political events.

Trudeau did not say why specifically he chose to appear at the Surrey, B.C., fundraiser virtually rather than in person but it is at least the second time in less than 10 months that he changed his plans in the presence of unruly protests.

Outside the event in Surrey, B.C., about four dozen protesters used expletives and reportedly also hurled racist slurs at attendees who were mostly South Asian.

One protester carried a noose attached to two flat sticks printed with the words "treason" and "Trudeau."

Two weeks ago, NDP Leader Jagmeet Singh was harassed by protesters and aggressively chased into his car outside an provincial NDP campaign office in Peterborough, Ont.