'A downward cycle': Conservation officer fed up with community irresponsibility leading to death of wild bears

Fed up with killing bears 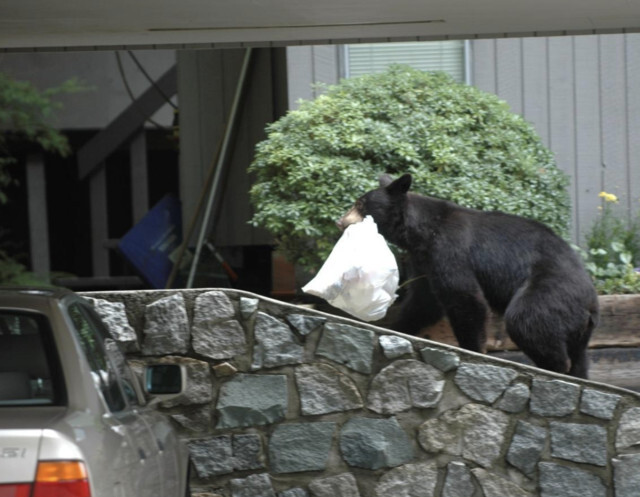 Conservation officers in the South Okanagan are fed up with people in the community who do not take simple steps to avoid habituating bears to human interaction and garbage.

Sgt. James Zucchelli with BC Conservation Officer Services sees the same story play out year after year — bears wake up hungry after a winter slumber, are drawn into communities by garbage left unsecured, and have to be destroyed after becoming too habituated to humans.

"The message that we want to get out to the people is it's not the Conservation Officer Service having to kill these bears. It's the people that are leaving their garbage out, and not managing their attractants. They're the ones that are responsible for the death of these bears," Zucchelli said, explaining a bear that has gotten used to foraging in the neighbourhood is dangerous.

"That's the point where we have to categorize that bear as a public safety risk, because somebody's walking around the corner, not expecting a bear to be right next to their house, in a confined area. Well, that person could be in a dangerous situation."

Zucchelli and his fellow officers are currently monitoring multiple bears in the South Okanagan that have been reported as interfering with garbage. One, in Trout Creek, is likely already too used to eating human food, and will need to be euthanized.

"It's the last thing that we want to have to do is to go clean up the mess of the irresponsible people that are attracting dangerous wildlife onto their properties," he said.

A common question is why bears can't be tranquilized and relocated. While that's an attractive thought, Zucchelli said, it is almost never feasible.

"If you take a bear that's garbage-conditioned to us, to people, and put it out in the forest somewhere, it's gonna die trying to get back to where it was relocated from, or get killed by another bear, or it'll get into conflict elsewhere. So it doesn't work," Zucchelli explained.

"It makes people feel good when that happens, and there are certain circumstances that we can make that happen ... But there's very specific, unique circumstances that go along with the conditions that will allow us to do that. Not garbage-conditioned bears, not bears that have no fear of people."

The CSO is also monitoring a bear in Oliver, and one in the Giants Head area of Summerland that has been reported raiding bins that may still move away from the area on its own and survive "if people can clean up their act," Zucchelli said.

The frustrating thing for him and other CSOs is how simple it is to manage attractants and keep bears out of harm's way.

"Everybody in their Facebook groups, they all know about the bears in the community, yet they still cannot put two and two together to realize 'I'm putting my garbage out at 10 o'clock at night, and there's a bear in my neighbourhood, and my garbage is gonna end up killing that bear.' It's a downward cycle and we just we have to stop this trend."

The good news is there are plenty of resources online to learn how to reduce conflict with bears. Click here to find a list of top attractants, and tips on how to keep them secure.

Zucchelli also urges residents to report sightings of bears in urban communities to 1-877-952-7277. Sometimes, if CSOs can get involved right away through education and warnings, the bear can be saved.

"We don't just run out and kill every bear that sticks his nose out in the community, we give the people the chance," Zucchelli said.

"Do not give bears the opportunity to become conditioned to non-human or to non-natural food sources. That's it."