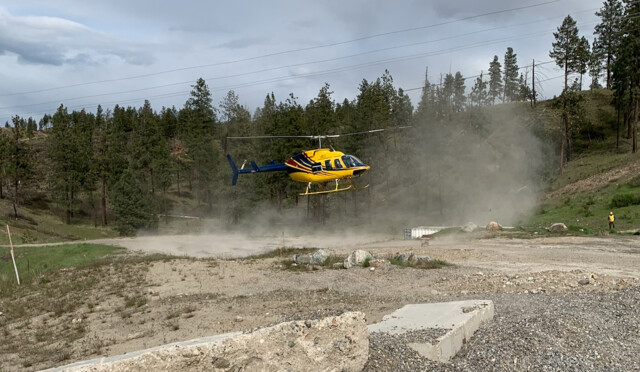 Photo: COSAR
Search and rescue helicopter lifting off near Chute Lake Lodge May 17, 2022.

Central Okanagan Search and Rescue was called out six times to aid in rescues in the week leading up to and including Victoria Day.

On Monday, COSAR helped an injured dirt biker who had crashed on a trail 500 metres from the James Lake Forest Service Road. The man was transferred to waiting BC Ambulance Service paramedics.

Monday morning, 11 members of COSAR were dispatched to help Penticton Search and Rescue in looking for a hiker lost near Idleback Lake. The person was found at about 10:30 a.m.

On Sunday, they responded to Scenic Canyon Regional Park for a missing hiker, who was found by RCMP after a short search.

COSAR also responded to three calls earlier in the week:

Search manager Duane Tresnich is concerned about the increase in tasks, but is grateful most have had successful outcomes.

“For the most part people are prepared. Accidents happen and because people are filing trip plans, bringing the right gear and not going out alone, we have had successful outcomes.”