Conservative party ends its investigation into complaint about a racist email 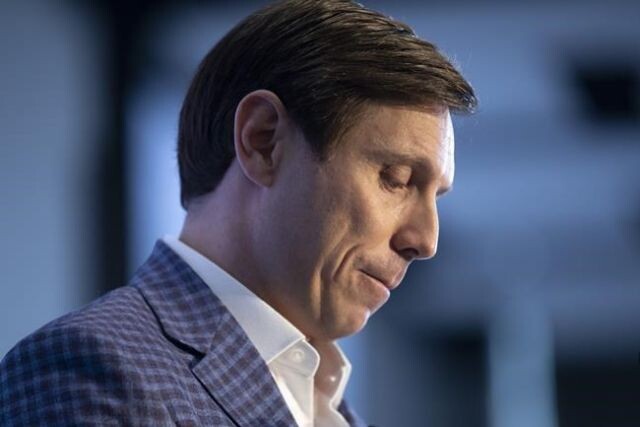 Photo: The Canadian Press
Patrick Brown announces his candidacy for the federal Conservative Leadership at a rally in Brampton, Ont., on Sunday, March 13, 2022. THE CANADIAN PRESS/Chris Young

The Conservative Party of Canada says its ended its investigation into a racist email sent to leadership contender Patrick Brown's campaign team after the party member purportedly behind it resigned their membership.

Party spokesman Wayne Benson says the resignation terminates the investigation, adding information on the resigned member will be retained in case the person tries to rejoin the party at a later date.

The email came to light last week when Calgary MP Michelle Rempel Garner, who is helping Brown in the leadership race, shared a screenshot on Twitter of an email that she says the campaign received from an active party member.

The Canadian Press has not been provided with a copy of the email in question.

The text that Rempel Garner shared expresses support for Nazism and includes racist remarks directed at Black and Asian people. It ends with the author saying they support Pierre Poilievre, an Ottawa-area Conservative MP who is also running in the leadership race.

In response to the email flagged by Brown’s campaign last week, Poilievre said, "if you are a racist, I don’t want your vote.”