Penticton's signature events are back this summer 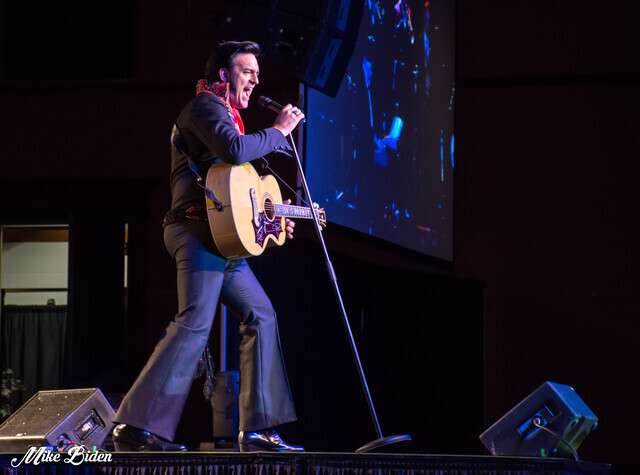 Photo: Mike Biden
Elvis Festival is one of many Penticton classic events returning.

"Four seasons of fun" is a collaboration between Castanet and Travel Penticton showcasing what Penticton has to offer all year round. Watch for it every Monday morning.

June could be called the ‘comeback’ month thank to several signature early summer events coming back to Penticton.

In fact, the return of the Penticton Elvis Festival June 23 -26 is called the 2022 Comeback Festival, and the festival is poised to increase its attendance thanks to moving to the South Okanagan Events Centre.

The Saturday night headliner show and the Sunday afternoon finals will take place at the SOEC, instead of its prior venue, the Penticton Trade and Convention Centre.

ElvisFest kicks off on the Wednesday night with the festival’s most recent first place Elvis tribute artist, Bruno Nesci, performing at Slackwater Brewing, which will also host after-party karaoke on Friday night after the first round of competition ends.

The competition rounds, with 15 non-pros and 15 pros, are held in Okanagan Lake Park on Friday and Saturday. Sunday begins with a gospel show and pancake breakfast at the park, with partial proceeds from the $5 gospel event entry fee benefitting Critteraid.

And in keeping with tradition, a special VIP – this year, someone who performed 200 shows with Elvis as a member of the Stamps Quartet – will make an appearance.

Speaking of quartets, the tables for the District 19 Peach City Bridge Tournament June 13-19, are being readied for the return of Canada’s largest tournament of its kind, the second largest in North America.

With multiple games per day, participants simply come in and pay per session. No official registration is required. If you’re not (yet) a bridge player, tournament chair Marv Norden says they’re always looking for volunteers to help out. Not to mention new players; the local club has a great youth program, he notes.

“Penticton is well-known to bridge players for our hospitality, and this is a major event for hotels and restaurants,” he days. “We’re happy to have it back”

A sentiment Wayne Wood echoes for the return of the classic car show, the Peach City Beach Cruise, June 24-26.

While Wayne, president of the Penticton Historic Automobile Society, organizers of the Cruise, says the downtown parade will not happen this year, cruisers will be able to take part in a figure eight or circle cruise, along with a Friday afternoon wine tour.

“This more than a car show, it’s a party!” laughs Wayne. “We’ve got a great lineup of entertainment, and we’re looking forward to seeing everybody again.”

Entertainment takes place in Gyro Park, with live music, vendors, souvenirs, and food trucks and stands, while the ‘Magic Mile’ of cars can be explored along Lakeshore Drive. In 2019, so many people came out to have a look, both sides of the street needed to be closed to traffic.

If watching action on the water is more your speed, mark June 10-11 on the calendar for the 2022 Okanagan Super Sprints dragonboat races on Skaha Lake, offering head-to-head shorter distance racing.

The return of these summer events can pair with a perfect visit to Penticton to take in a performance at the SOEC. Check out the schedule and see if one of your favourites – Dallas Smith? Jann Arden? Shinedown? – will be here when you’re visiting.