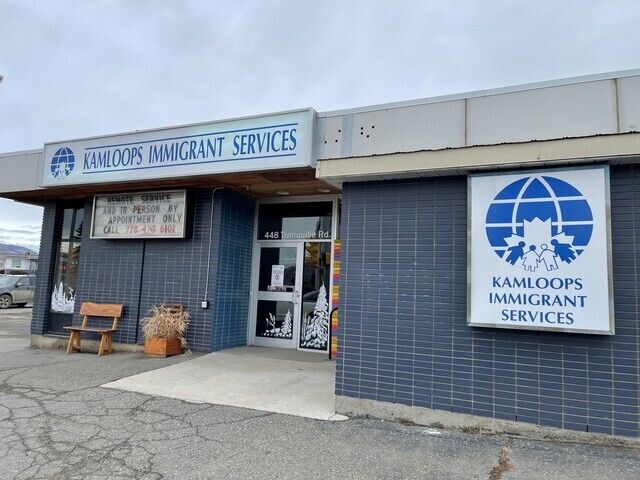 Dozens of Ukrainian nationals displaced by the ongoing war have arrived in the Thompson-Nicola region, finding homes with family, friends and community members, according to Kamloops Immigrant Services.

In a statement, KIS said about 40 Ukrainians have arrived and are living in Kamloops and the surrounding areas.

“They are now living with family members or acquaintances and members of the community who have been gracious to provide temporary “homestay” style housing,” KIS said.

The organization said some families need to transition into more permanent residences, inviting Kamloops residents to inform KIS of any upcoming vacancies.

The organization said it has launched a GoFundMe page to help support Ukrainian families as they adjust to life in the Thompson-Nicola region.

“Monetary donations are being distributed as a one-time “basic needs” voucher of up to $500 per family once they arrive in Kamloops, the GoFundMe page said, noting this amount will likely change once more donations are received.

KIS said it also continues to accept donations through the Ukraine Crisis Community Fund, a special account set up by KIS and its community partners to help support families’ basic needs.

The organization said several programs are available for families settling into the area.

Kamloops United Church will be hosting a monthly social gathering for Ukrainian families, with the goal of connecting Kamloops’ Ukrainian community with the newcomers.

Several athletic opportunities are available for children of Ukrainian families. Soccer Quest is offering free soccer, and free ball hockey for kids ages seven to 14 is available through the Kamloops Ball Hockey Association.

TRU has also said it will offer academic programs at domestic tuition rates for Ukrainian students who travel to Canada on the Canadian-Ukrainian Authorized Emergency Travel federal program.

More information on programs and resources can be found on Kamloops Immigrant Services' website.