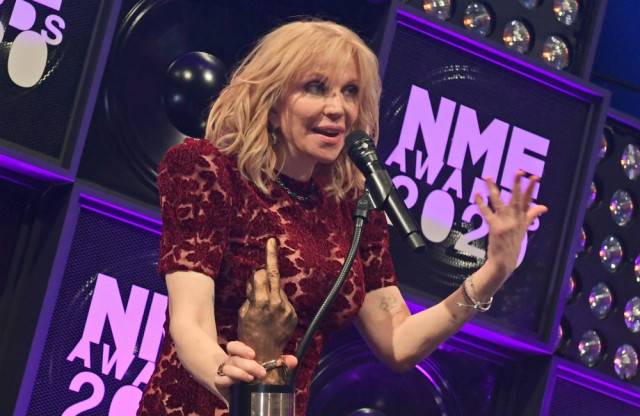 Courtney Love has recalled how Johnny Depp once saved her life.

The Hole frontwoman insisted she didn't want to make "judgements" amid the 'Pirates of the Caribbean' actor's ongoing defamation case with his ex-wife Amber Heard, who he is suing over an op-ed she wrote in 2018 about being a victim of domestic abuse, while she is countersuing because she didn't identify him by name - but the 'Malibu' singer has shared a story of how the 58-year-old star came to her aid when she overdosed in a nightclub while grieving her late husband, Kurt Cobain.

She said in a video shared to her friend's Instagram account: “I don’t really wanna make judgments publicly. I just want to tell you that Johnny gave me CPR in 1995 when I overdosed outside The Viper Room."

And the 57-year-old star told how Johnny also "saved" her daughter Frances Bean, now 29, by writing her a letter on her 13th birthday while the youngster was dealing with Courtney's addiction and the suicide of Kurt, even though she didn't "really know" the 'Black Mass' star at the time.

She continued: “Johnny, when I was on crack and Frances was having to suffer through that with all these social workers, wrote her a four-page letter that she’s never showed me.

Although Courtney offered support to Johnny, she stressed she still had "empathy" for Amber.

“But if you use a movement for your own personal gain, and you inhabit queer feminist intersectional spaces, and you abuse that moment, then I hope justice gets served whatever it is.”