Less than 3% of last winter's snowpack has melted in B.C. 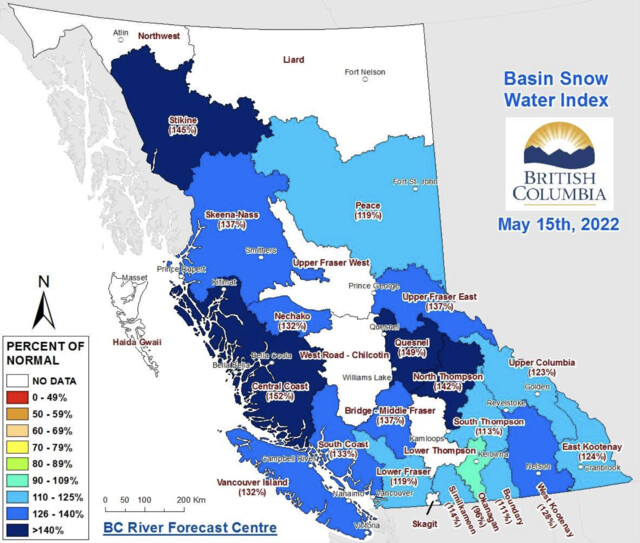 The risk of spring flooding is increasing throughout B.C. as a cooler-than-normal spring delays the melt.

In its mid-month update on Friday, the BC River Forecast Centre said the province is now recording the highest snowpack levels for this time of year since 2012.

“The greatest risk for potential major flooding is if a prolonged heat event occurs in late May or June,” the centre’s report says.

The upcoming Victoria Day long weekend is expected to bring the warmest weather of the year so far for B.C., but temperatures are increasing only to seasonal averages.

“The longer-range forecast into next week currently predicts a return to cooler and potentially unsettled conditions. There is no sign of an extended heat event in the upcoming weather forecast,” the report says.

The most likely cause for potential significant flooding would be a sudden switch from the persistent cooler spring temperatures to an intense heat wave lasting at least five days.

La Nina conditions have persisted through winter and spring, cooling the waters of the Pacific Ocean. The Climate Prediction Center says there is a 58 per cent chance of La Nina continuing into summer/fall.

With the exception of the Okanagan basin, which is sitting at 96 per cent of normal, all major watersheds in B.C. have above normal snowpacks. 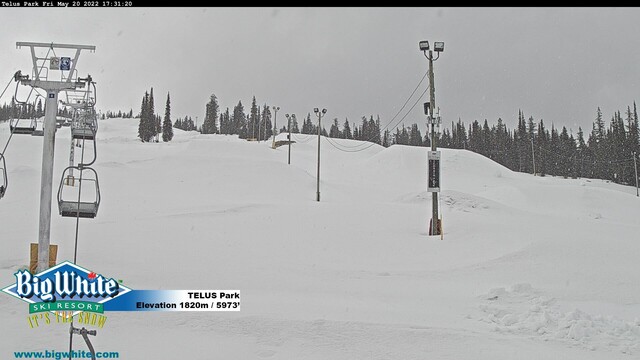