Cancer, with nowhere to go 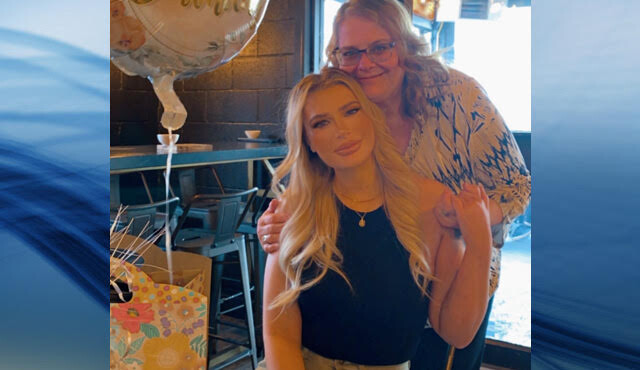 A Penticton family is in desperate need of help to find an affordable place to live that keeps them in town and close to the hospital.

Polly Deppisch and her daughter Gracie, have been staying in the same house for years, but recently received notice that they have to move out.

“The key is trying to find something affordable because everything is so expensive,” Deppisch said.

Deppisch applied to BC Housing for low income rentals back in March, submitted with a medical supplement form from the hospital social worker to help their case.

“I just found out yesterday from BC housing that we're not able to qualify, because with her age, [Gracie]'s too old to be considered a dependent so far as in the family category. My age can fit into the senior building, but she’s too young.”

While BC Housing suggested that the family have their doctor sign a statement that Gracie requires 24 hour care, that isn’t always the case. Assisted living for the 29-year-old daughter wouldn’t work either.

It was March 13, five years ago, when Gracie found out she had cancer.

Since then, Gracie has undergone dozens of chemotherapy and radiation treatments. Her cancer has receded and returned, and by March 2022 her scans showed more growth with a stage four lung cancer diagnosis.

When she can, Gracie works part time and lives a full life. But there are times when she is going through treatment she needs extra care, which is where her mom steps in and why the two live together.

Deppisch has spent hours upon hours trying to find a place that would work for them, considering one-bedrooms where she could take the couch.

“I'm just all the more panicked because I just really want to have that nice, comfortable place, especially while she's receiving treatment for the third time,” she said. “I’m aware that others are also struggling in trying to find a place to live. It's not like our needs are greater, we’re all equal.”

“I'm not one to usually ask for help. I've been a single mom for 30 years and pretty much try to do things myself. But when it comes to Grace, that's when I will ask for help because she's the light of my life, I would do anything for her.”

The family needs to be moved out before June 15.

Deppisch also has started a fundraising campaign for her daughter through the Cancer Treatment Options and Management clinic’s website they are working with. So far, more than $10,000 has been raised for their $20,000 goal.

Gracie will head into immunotherapy treatment at the oncology department in Penticton in a few weeks.

If you know of an affordable place to live, that would also take two emotional support cats, send it to [email protected]