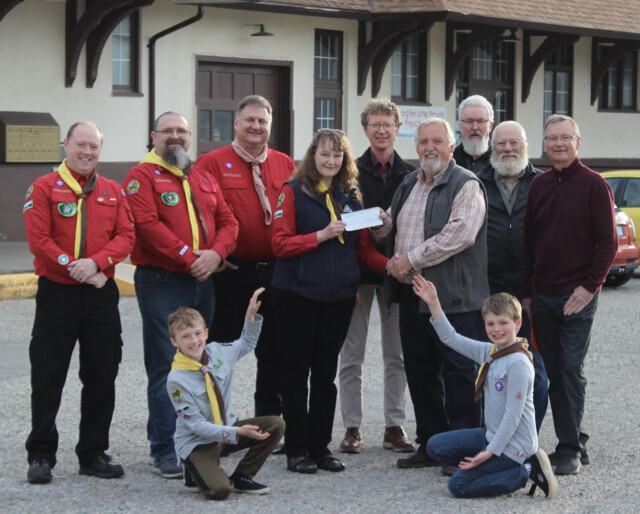 A Scouts Canada camp near Summerland that struggled financially during the pandemic has gotten a huge boost thanks to a generous donation from some old friends.

The Penticton Kinsmen Disability Resource Centre Society (PKDRCS) read a news item on Castanet in April about the struggles of Camp Boyle, which has played host to a variety of youth camping opportunities through Girl Guides and Scout groups, hosting up to 250 kids at a time in it tenting sites and sleeping cabins over decades.

But the pandemic hit the camp hard, and the Friends of Camp Boyle committee was fundraising to be able to afford to reopen ?— fire protection systems, water well upgrades, septic systems and insurance all need upgrading.

After reading about it, the Kinsmen decided to help.

The club was instrumental in constructing Camp Boyle in the 1960s, and have supported it with donations ever since. They have continued that tradition by presenting a $5,000 cheque to Camp Boyle this week.

"Camp Boyle has served generations of youth and is not only used by local scouting groups, but many other groups from around the province and hopefully will do so for many more," reads a news release from the PKDRCS directors.

The group is just getting started giving back to the community. The PKDRCS decided last fall to gift the Kinsmen CPR Station on Hastings Street in Penticton to another local community group.

A Request for Proposals for the location, which is assessed at close to $2 million, was put out and multiple organizations responded.

"The Kinsmen Society is very pleased with the number and calibre of the proposals and will soon announce the gifting of this historical building and property to continue as a benefit to the community," the society said.