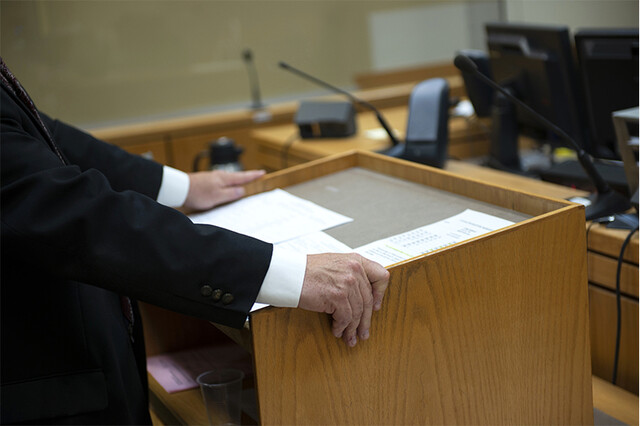 Crown prosecutors in B.C. are being warned specifically about miscarriages of justice in a new policy document, which cautions against “tunnel vision.”

The B.C. Prosecution Service (BCPS) unveiled Friday a list of new policies and updates, many aimed at addressing over-representation of First Nations people in the criminal justice system.

The updates include an eight-page “guiding principles” document, more than a page of which is dedicated to preventing wrongful convictions.

“The BCPS recognizes that, despite established evidentiary and procedural safeguards within the criminal justice system, wrongful convictions can occur,” the document reads.

“Although they should always be mindful of the factors that can contribute to wrongful convictions, Crown counsel should never hesitate to prosecute an appropriate case or press it to its legitimate strength. Crown counsel protect and promote the public interest by conducting firm but fair prosecutions.”

“Crown counsel ‘tunnel vision,’ the tendency to focus on a particular theory of a case and dismiss or undervalue evidence which contradicts that theory, has also been identified as a contributing cause of wrongful convictions,” it reads.

“Independence from police, objectivity in the assessment of evidence and principled decision making, as informed and guided by BCPS policy, helps Crown counsel to avoid tunnel vision. Therefore, when properly executed, the role of Crown counsel protects against wrongful conviction.”

The policy document also urges prosecutors to continually assess the evidence and context in cases involving First Nations accused, with an eye to preventing wrongful convictions.

“At every stage of the criminal justice process, Crown counsel should consider the challenges Indigenous persons face in their interactions with the justice system and how these challenges can manifest in wrongful convictions.”

Other policy updates for B.C. Crown prosecutors include new direction for dealing with child victims and witnesses, revised policy on dangerous offender and long-term offender applications as they relate to First Nations offenders, direction to “exercise restraint” when dealing with Indigenous offenders and non-violent firearms offences and revised policy on considerations to make in First Nations cases of domestic violence.

“These policy changes represent another step on the path toward changing the status quo for the better,” Peter Juk, assistant deputy attorney general, said in a news release.

“They help guide Crown counsel in exercising their discretion, giving full effect to established principles of the criminal law as passed by Parliament and interpreted by the courts of Canada.”