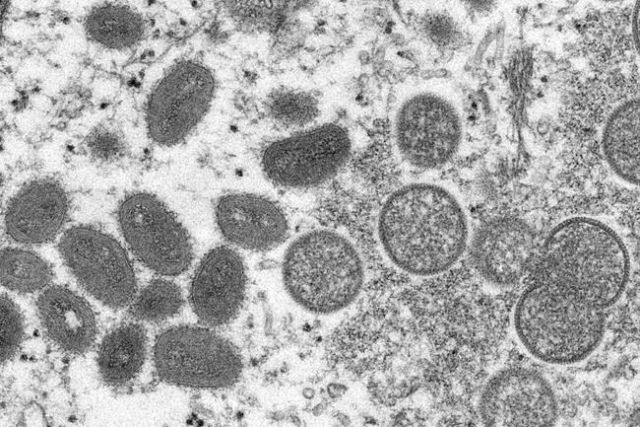 As COVID-19 case numbers and hospitalizations dropped this week, British Columbians have read about a more unexpected virus in Canadian hospitals: monkeypox.

The virus is typically limited to Africa, and rare cases in the U.S. and elsewhere are usually linked to travel there. A small number of confirmed or suspected cases have been reported this month in the United Kingdom, Portugal and Spain.

While the rare virus has yet to make its way to B.C., public health authorities are investigating 17 suspected cases of monkeypox in the greater Montreal area, raising concern about its potential spread across the country.

What is a monkeypox virus infection?

Monkeypox comes from the same family of viruses as smallpox. Most people recover from monkeypox within weeks, but the disease is fatal for up to 1 in 10 people, according to the World Health Organization (WHO).

It typically begins with a flu-like illness and swelling of the lymph nodes, followed by a rash on the face and body. In Africa, people have been infected through bites from rodents or small animals, and it does not usually spread easily among people.

Similar to COVID-19, medical health professionals use a Polymerase chain reaction (PCR) test for patients who they suspect have the monkeypox virus. "For this, optimal diagnostic samples for monkeypox are from skin lesions – the roof or fluid from vesicles and pustules, and dry crusts," explains the WHO.

How concerned should you be about the spread of monkeypox?

While the monkeypox virus can be deadly, experts note that it isn't easily transmitted and there have only been a few outbreaks outside of Africa.

Dr. Stephen Hoption Cann, clinical professor in the school of population and public health at the University of British Columbia (UBC), told Vancouver Is Awesome in a phone interview that it is "unusual" to see a number of individuals in a few countries developing the infection.

"So I think there is sort of two main possibilities: one is we have a more transmissible variant — which I think is the less likely possibility — or there's something that's facilitating these infections to spread to a large number of people," he explained.

"In that case, it seems most likely that it might be spread during sexual transmission or close contact."

The professor emphasized that the virus is not easily spread and people who are ill are in bed and not going about their daily activities.

"It's not like, you know, you're at the grocery store and you pick up an apple that's contaminated. You're not gonna get it that way," he said.

While someone could contract the virus through respiratory secretions, they'd have to be in "pretty close contact with somebody," he added. "Usually, you know, you live with somebody or you're caring for somebody who's ill. That's the kind of person we've seen picking up the infection."

How does monkeypox start?

The infection is considered a mild version of smallpox, explained Cann. "You start off with fever. You might feel quite fatigued...bed rest is one of the things you can do for that. Just rest and let your body recover.

"You develop a rash which can start around the base and spread around the body. [Then you] develop these toxic, swollen lesions on the skin, which can eventually break open and release infectious viruses there. So you can develop hundreds of these pox on your body."

In many cases, however, it's a mild infection that lasts two or three weeks and then the body recovers from it.

Anyone over the age of 50 is likely protected from monkeypox because they received the smallpox vaccine, Cann noted. The viruses are in the same family and the vaccine offers similar protection.

Authorities are monitoring monkeypox this time because it is the first It's the first time it appears to be spreading among people who didn't travel to Africa.

With files from The Canadian Press.