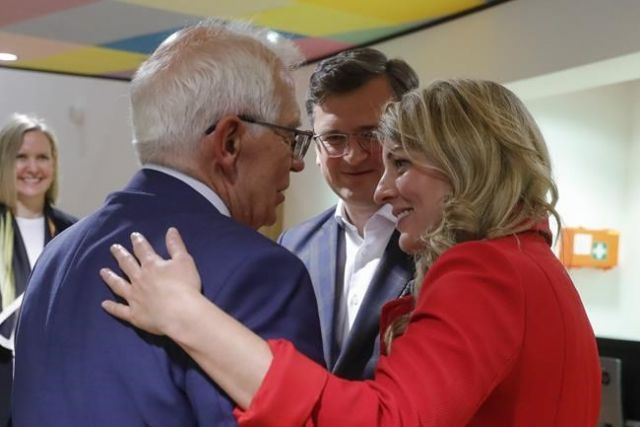 Foreign Minister Mélanie Joly is today announcing a fresh wave of sanctions against Vladimir Putin's regime including a ban on importing Russian vodka, caviar and diamonds.

The ban on the import of certain luxury goods from Russia covers alcoholic drinks, fish and seafood.

Canada is also banning the export of cigarettes and alcoholic drinks to Russia, as well as designer clothing, training shoes and sportswear.

The sanctions package includes a ban on the export of jewelry, art and even kitchenware from Canada to Russia.

Joly is also imposing sanctions on 14 more people, including oligarchs with links to the Russian president's regime.

They include billionaire Alexander Lebedev, a former KGB agent who bought two major newspapers in the United Kingdom.