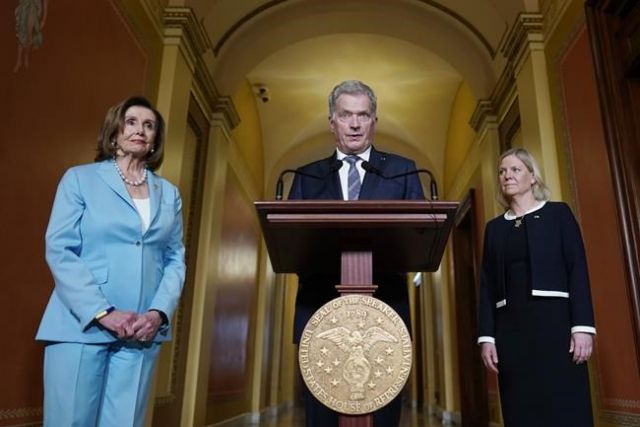 Russia will cut off natural gas to Finland after the Nordic country that applied for NATO membership this week refused President Vladimir Putin's demand to pay in rubles, the Finnish state-owned energy company said Friday, the latest escalation over European energy amid the war in Ukraine.

Finland is the latest country to be cut off from an energy supply that is used to generate electricity and power industry after refusing Russia's decree. Poland and Bulgaria were cut off late last month but had prepared for the loss of gas or are getting supplies from other countries.

Putin has declared that “unfriendly foreign buyers” open two accounts in state-owned Gazprombank, one to pay in euros and dollars as specified in contracts and another in rubles. Italian energy company Eni said this week that it was “starting procedures” to open a euro and a ruble account.

The European Commission, the European Union's executive arm, has said countries making a payment in the currency listed in their contracts and formally signaling that the payment process is concluded is acceptable under EU sanctions. But it says opening a second account in rubles would breach them.

That's left countries scrambling to decide what to do next. Finland refused the new payment system, with energy company Gasum saying its supply would be halted Saturday.

But “provided that there will be no disruptions in the gas transmission network, we will be able to supply all our customers with gas in the coming months,” Wiljanen said.

Natural gas accounted for just 6% of Finland's total energy consumption in 2020, Finnish broadcaster YLE said. Almost all is imported from Russia. That pales in comparison to big customers like Italy and Germany, who get 40% and 35% of their gas from Russia, respectively.

According to Gasum, Russian state-owned energy giant Gazprom said in April that future payments in the supply contract be made in rubles instead of euros.

It comes after Finland, along with Sweden, applied to join the NATO military organization, marking one of the biggest geopolitical ramifications of Russia’s war on Ukraine that could rewrite Europe’s security map.

Meanwhile, Italian company Eni said Tuesday that it was moving to follow Putin's decree “in view of the imminent payment due in the coming days" but did not agree with the changes.

Italian Premier Mario Draghi has said he believes it is a violation of the contract, and has called on the European Commission to make a ruling so companies know if compliance violates sanctions.