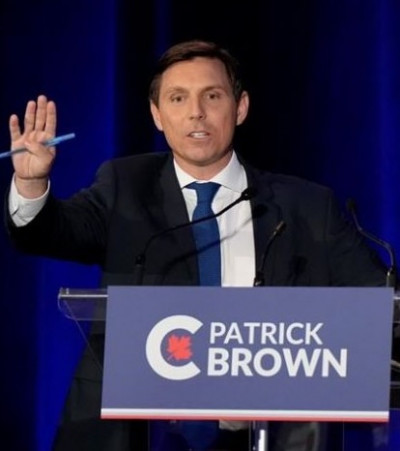 Stakes are high for farmers 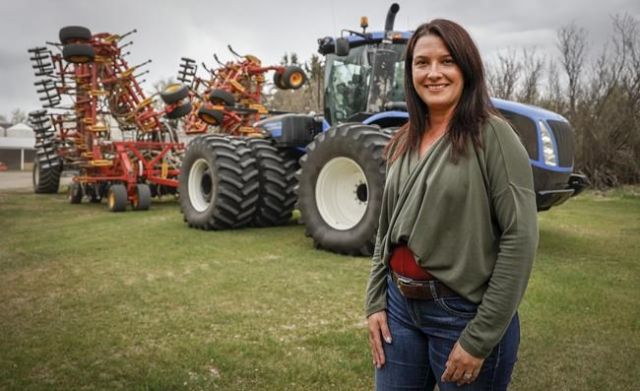 Photo: The Canadian Press
Due to the rising costs of fuel and fertilizer farmers like Tara Sawyer, pictured at her family's farm near Acme, Alta., Tuesday, May 17, 2022,

The stakes are high as Canadian farmers take to the fields to plant 2022's crop, which some are saying could find a place in the record books as "the most expensive ever."

On her family's farm northeast of Calgary near Acme, Alta., where she farms with her husband Matt, Tara Sawyer already knows she's going to need a better-than-average crop this year just to break even.

All of her input costs have surged since last year due to inflationary pressures, spiking energy costs, and the war in Ukraine. The price of fertilizer is more than double what it was last year, and the diesel used to power her farm equipment also costs nearly twice what it did last year at this time.

But getting that above average crop could be a challenge. Last year, Sawyer's farm was hit hard by the widespread drought that reduced crop yields across Western Canada and there are fears already that this could be another dry year.

"Most farmers, including us, saw a 30 per cent reduction in our yields, so we need to be able to have really good yields come out this year in order to pay for that," she said. "But in our region, we're already horribly dry, so we're concerned."

But it's not all bad news. While the cost of everything from seed to herbicides to tractor tires has increased in 2022, so too have crop prices. Sawyer, for example, grows wheat, barley and canola — all of which are hot commodities right now due to supply pressures created by the Russia-Ukraine war and the aftermath of last year's drought.

“There’s a number of crops that are sitting at all-time highs, or near all-time highs," said Jon Driedger, of Manitoba-based LeftField Commodity Research. "If you go back two years, the price of canola has doubled, almost tripled. Wheat's higher than it's been in 20 years, corn's pushing up against a record high. It's really across the board."

In fact, Driedger said crop prices are high enough that any farmer able to produce a "normal-sized" yield should still be able to earn a sizable profit. But in addition to the dry conditions in Alberta, many farmers in Manitoba and eastern Saskatchewan have the opposite problem and haven't even been able to get onto the land yet due to flooding and excess moisture.

The acres seeded by Canadian farmers this spring will not only be the most expensive in history, but in some ways, the riskiest as well, Driedger said.

“For those farms that are fortunate enough to harvest a normal crop or even better, it could be a great year. But there’ll be a lot of farms for whom that’s looking awfully precarious right now.”

Cornie Thiessen — general manager of ADAMA Canada, a Winnipeg-based company that sells crop protection products like fungicides, herbicides and insecticides — said some of these inputs have become significantly more expensive and harder to find due to supply-side factors like COVID-driven disruptions at manufacturing plants and shipping delays. But he added the war in Ukraine is also increasing demand for these products, as farmers get the message that this year, their work is more vital than ever.

“Very high crop prices change the economics for farmers of how much they invest to protect the crop," Thiessen said. "With really high prices like we're seeing right now, it sends a message to farmers that the world really needs your crop so you need to make it as big as possible. You need to spend more on fertilizer and herbicides to maximize those yields."

Thiessen said 2022 will likely be the most expensive crop ever planted in Canada, and there's a lot riding on it.

"For the individual farmer, certainly there is an opportunity to take advantage of these high prices, but it's a bigger investment than before," he said. "If the weather works against them and they have a poor crop, that's where the downside risk comes in."