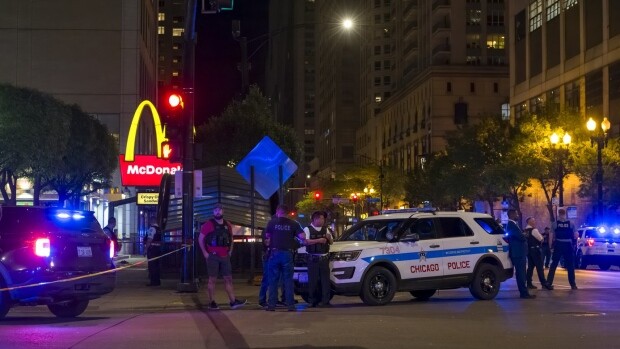 Two people are dead and another eight wounded following a shooting in Chicago, authorities said.

The shooting happened about 10:40 p.m. Thursday near a McDonald's restaurant on the city's Near North Side. One person was taken into custody and a weapon was recovered, police said in statement.

Police didn't immediately release the names or ages of the dead.

Additional details about the circumstances of the shooting weren't immediately released. An investigation is ongoing.