Commercial flock has the flu 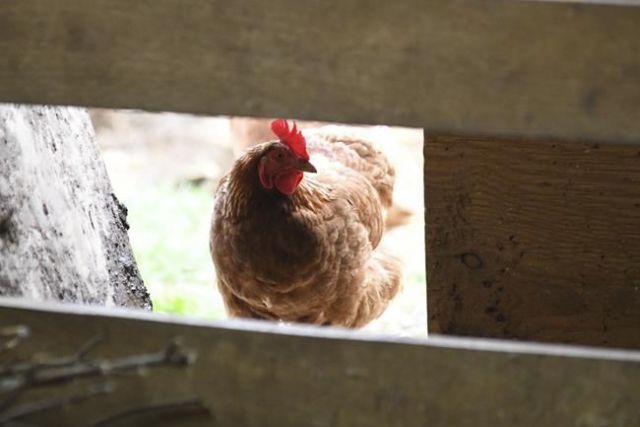 Photo: The Canadian Press
A chicken looks in the barn at Honey Brook Farm in Schuylkill Haven, Pa., on Monday, April 18, 2022. THE CANADIAN PRESS/via AP-Republican-Herald-Lindsey Shuey

Avian flu has been found in a commercial flock in the Fraser Valley, the same area where 80 per cent of British Columbia's poultry farms are located.

B.C.'s Ministry of Agriculture says in a statement the infected farm has been placed under quarantine by the Canadian Food Inspection Agency and producers within a 10-kilometre radius have been sent notices about the discovery.

Previous outbreaks in the Fraser Valley have prompted culls of millions of birds, although poultry groups now say they have tight control measures to prevent the spread from one farm to the next.

The inspection agency's website says the H5N1 virus has been found in several wild birds and nine flocks across the province, starting at a commercial farm in the North Okanagan on April 13.

The agency says it presumes the flu spreads through contact with infected migrating wild birds and it advises owners to reduce human access to their flocks, while increasing cleaning of clothing and footwear when entering barns.

B.C. recently extended its order for all commercial poultry operators with more than 100 birds to keep their flocks indoors until June 13.

Avian flu cases have been confirmed in several other provinces, but no infections have been detected in humans.