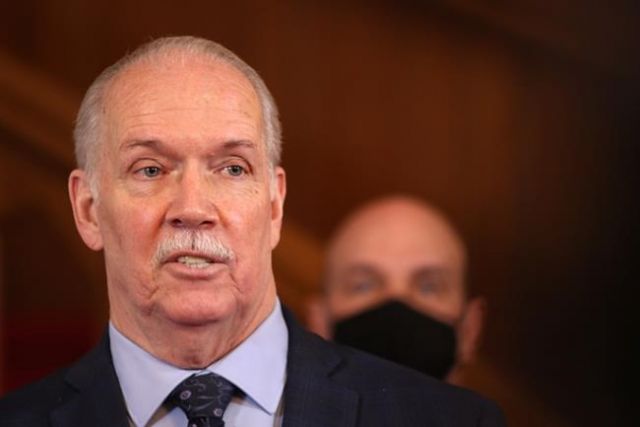 British Columbia is changing its decades-old royalty system, the fees it charges companies to extract publicly owned oil and gas, in an effort to align with provincial climate goals.

Horgan says the province will eliminate the deep well royalty program, which is the largest oil and gas subsidy, while the minimum royalty rate for oil and gas firms will move up from three to five per cent.

This system applies to all new wells, while it will be phased in over two years for those currently operating.

The elimination of the so-called deep well royalty program, the largest oil and gas subsidy, will mean a loss of credits between $440,000 and $2.81 million for companies, depending on the depth of the well.

The change is expected to bring in $200 million more in revenue annually for the government.

The Ministry of Energy, Mines and Low Carbon Innovation says in a statement the deep well royalty program was created in 2003 with the intention to offset higher drilling and completion costs for wells considered particularly deep.

Horgan says the changes will give British Columbians a fair return and allow them to invest in priorities like improving services, bringing down costs and tackling carbon pollution.