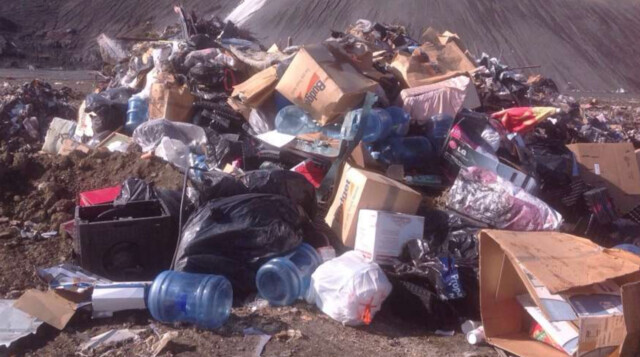 A Thompson-Nicola Regional District bylaw approved last year to divert recyclable cardboard from landfills is being phased in.

According to a statement from the TNRD, as of next month, staff will issue mock tickets for loads of waste brought to landfills which contain over 10 per cent cardboard — the maximum allowable threshold.

The TNRD said the bylaw is being phased in at all solid waste disposal facilities in the regional district and the CIty of Kamloops.

Adriana Mailloux, manager of solid waste and recycling for the TNRD, said staff continue to educate customers in the industrial, commercial and institutional sectors, which are the focus of the bylaw.

“We have worked directly with stakeholders in developing this bylaw, which will help reduce the amount of materials going into landfills that can easily be recycled,” Mailloux said in a statement.

She said cardboard is the only recyclable material currently included in the bylaw.

According to the TNRD, staff have been visiting solid waste facilities throughout the regional district during April and May to educate customers about the bylaw.

Mock ticketing will start in June and run until August. Those bringing in refuse loads containing more than the allowable threshold of cardboard could receive a fine as of September.

“Enforcement will focus on large commercial and municipal loads, and fines will only be issued by TNRD staff and bylaw officers,” the TNRD statement said.

According to the TNRD, the regional district's current cardboard disposal rate is 620 kilograms per capita, higher than the provincial average of 500 kilograms.

When the bylaw was passed last June, TNRD said fines will be 50 per cent of the disposal fee for the load containing cardboard, meaning if a load costs $80 in disposal fees, the fine would be an additional $40.

According to the TNRD, enforcement will take place by designated inspectors at landfills and transfer stations, and they will not be inspecting bins on curbs or in back alleys. Individual haulers are responsible for controlling what is in their loads.