Have you been to the Royal B.C. Museum in Victoria? 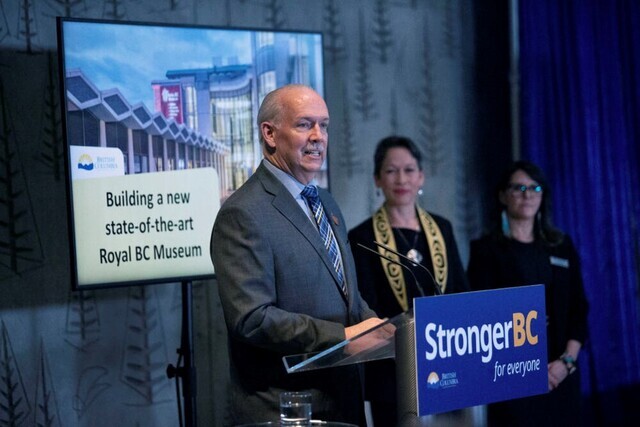 The current Belleville Street site is set to close Sept. 6, with the new building not expected to open until 2030.

“For decades, people from British Columbia and around the globe have come to the Royal B.C. Museum to learn about our special corner of the world,” Horgan said at a news conference at the museum.

“For just as long, the stories told here have failed to accurately reflect our colonial history or include everyone, and priceless collections are now being put at risk in an aging building.

“That’s why today, we are making this historic investment to build a safer, more inclusive and accessible modern building. Once complete, the new museum will be a flagship destination for tourism and a place where generations to come will learn about the richness and diversity of B.C.’s history.”

The province says B.C. Archives services will remain open at the downtown site until it moves to its new permanent home at the new collections and research building in Colwood in 2025.

Imax Victoria, the museum’s gift shop and the food trucks located at the museum will stay open through early 2023, it said.

The new museum will support more than 1,950 direct construction jobs, as well as more than 1,050 associated jobs, the province said

The museum has been at the centre of a whirlwind of changes over the past several months, with the ­third-floor galleries — including the beloved Old Town and First Peoples exhibits — closed in efforts to “decolonize” the space for a more inclusive history of the province.

The current museum ­buildings on Belleville Street were built as a ­Centennial project and opened in 1968.

June 23, 2022 - 10631 votes
Should laid-off, unvaccinated provincial employees be brought back to work now?