B.C. clerk of the legislature guilty of fraud and breach of trust 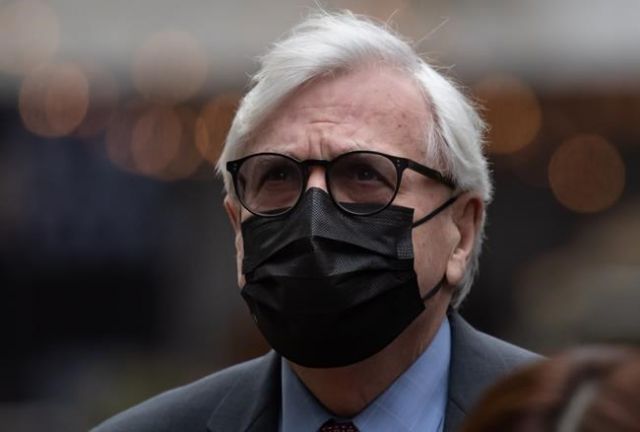 Photo: The Canadian Press
Craig James, former clerk of the B.C. legislative assembly, arrives back at B.C. Supreme Court after a break from his trial, in Vancouver, on Tuesday, March 1, 2022.

British Columbia's former clerk of the legislature is guilty of fraud and breach of trust, but a judge has found him not guilty of all other similar charges related to a $258,000 retirement fund and the use of a wood splitter.

Associate Chief Justice Heather Holmes, of the B.C. Supreme Court, says Craig James dishonestly described clothing he purchased as work attire when he knew it was not.

But because the trust and fraud charges were related to the same set of evidence, the judge entered a stay of on the fraud count, telling James no conviction for that would be entered.

Holmes says James breached the standard of conduct expected of a public official and his purpose was meant to benefit himself.

The judge says the dress shirts, ties and a suit purchased in August 2018 at a cost of about $1,800 were described as chamber attire in expenses, when James knew they were not.

James was suspended with pay in November 2018, along with then sergeant-at-arms Gary Lenz, following allegations of misspending that prompted an RCMP escort out of the B.C. legislature.

Lenz was not charged and initially asked to be reinstated, but later said he would be retiring.

The former clerk of the British Columbia legislature is expected to hear a judge's ruling today following a Vancouver trial that ended in March.

Associate Chief Justice Heather Holmes, of the B.C. Supreme Court, is set to announce the fate of Craig James, who has pleaded not guilty to two counts of fraud over $5,000 and one count of breach of trust for alleged improper spending.

Crown lawyers have argued James took advantage of weak policies that allowed him to claim a $258,000 retirement allowance, make personal expense claims and buy for the legislature a wood splitter and trailer, which he kept at his home.

They told the court James operated as the CEO of the legislature and had an obligation to follow proper financial guidelines after being informed of shortcomings in standards.

Defence lawyers have said then-Speaker Darryl Plecas was among at least three others who gave approval for equipment that their client expensed in case of an earthquake or other natural disaster.

James resigned in 2019, months after RCMP escorted him off the grounds of the legislature and he was put on administrative leave from a job he'd held for eight years.