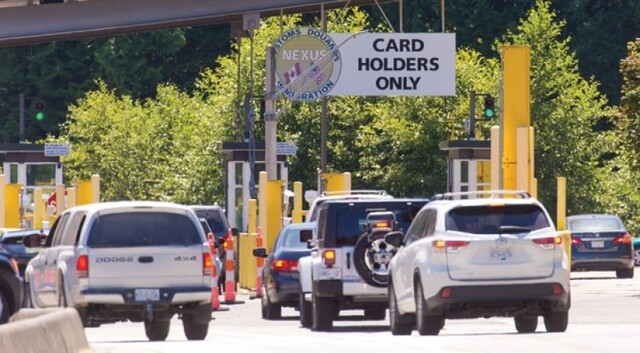 Photo: File
With the Canadian side of the Boundary Bay crossing now open for non-essential travel, Point Roberts is experiencing an uptick in Canadians seeking a second COVID-19 vaccine booster.

Some British Columbians over 50 are taking advantage of free second COVID-19 booster vaccines in the United States.

B.C. health officials have only approved a fourth shot for the general population over age 70.

In Washington State, health officials have approved a fourth dose of the vaccine for anyone over the age of 50 or those who are immunocompromised.

Carleton said last Sunday a pop-up clinic provided about 200 people with a dose, although he could not provide an exact figure on how many of them were Canadian and how many were fourth doses.

“We had a fair amount (of Canadians) that came through the vaccine clinic here. A lot of them have homes here,” said Carleton.

The Point Roberts clinics have been running twice a month and offering Pfizer and Moderna products, said Carleton. Two more can be expected in June, he said.

“We’ve always been open to everyone and anyone who wants access to the COVID vaccine,” he said, adding you don’t need to provide proof of citizenship of any kind.

Glacier Media spoke to one British Columbian who was boosted with a fourth does in March while visiting California.

Carolyn, who did not provide her last name, said she received a fourth dose at a pharmacy, with few questions asked, although she did have to provide her hotel address.

She said most pharmacies have an online portal to book an appointment.

“We thought, let’s just slip into the drug store and get one,” she said.

British Columbia has a high rate of vaccination uptake, with 87.4% of those age five and up having received two doses (83.6% of the entire population) and 52.2% with a third dose.

If B.C. was a sovereign jurisdiction, its vaccination rate would rank 24th in the world, according to the Our World in Data application on Google.

In B.C., a fourth dose may be provided to people between the ages of 55 and 70 if they are Indigenous or living in assisted living or long-term care facility.

For more information about the province's booster program, visit the government's COVID-19 webpage.