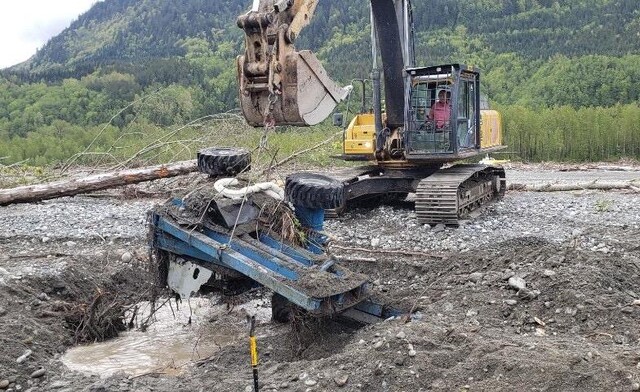 Crews continue to remove smaller debris from these waterways' riverbanks, and the remaining debris will be taken out after the spring freshet is done.

“Helicopters are extracting large collections of woody debris and excavators are being used to unearth large human-made debris that has been buried in sediment,” the B.C. Spill Response says.

The removal of debris from B.C.’s waterways as a result of the atmospheric river event continues. This week’s progress is outlined here: