ICBC tribunal case could go to Supreme Court of Canada 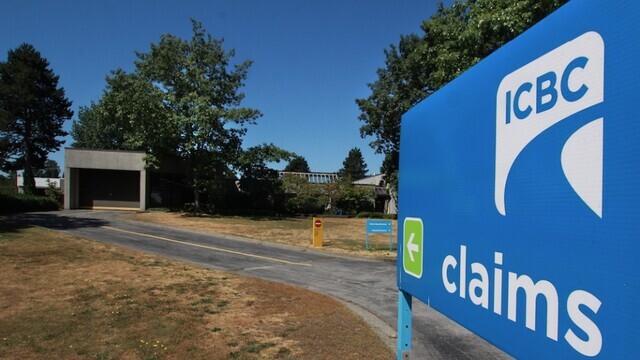 The court ruled May 12 that the change is an acceptable experiment in reforming ICBC’s past system for compensating injuries.

TLABC president Bill Dick said the situation is about access to justice, an issue of removing cases from an independent judiciary and placing them before a government tribunal staffed with government employees.

The association is mulling an appeal to the Supreme Court of Canada, he said.

“We feel very strongly that an independent judiciary is access to justice whereas the CRT is about getting a decision but not necessarily justice,” Dick said.

The provincial government, however, is pleased with the B.C. Court of Appeal ruling.

In his May 12 decision, Chief Justice Robert Bauman said the former system was threatening ICBC’s viability, a situation the province had identified.

“The impugned scheme is an experiment with a new form of access to justice and represents an integrated comprehensive effort at reform directed at a social mischief identified by other branches of government,” Bauman said.

In 2019, provincial legislation came into force granting the CRT jurisdiction to decide liability and damages for minor injuries resulting from motor vehicle accidents.

The case was an appeal of B.C. Supreme Court Chief Justice Christopher Hinkson’s March 2021 decision. There, he ruled the government’s move to divert minor injury claims to the CRT instead of being litigated in court unconstitutional.

“We are pleased with the B.C. Court of Appeal ruling, overturning a B.C. Supreme Court decision,” said Mike Farnworth, solicitor general and the minister responsible for ICBC, in a statement.

He said the ruling confirmed the government’s changes made so those injured in motor vehicle accidents can use the CRT to resolve their relevant disputes.

“This means that any crashes that happened on or after April 1, 2019, the CRT has exclusive jurisdiction to decide if an injury claim is a ‘minor injury’ under the Insurance (Vehicle) Act,” Farnworth said.

“It also means that the CRT will decide claims for liability and damages up to $50,000. Government and ICBC listened to British Columbians when they told us auto insurance was not affordable, and since forming government, we have taken intentional steps to lower costs and significantly improved care, recovery and wage loss benefits,” the minister said.

The NDP government amended the act as part of a suite of reforms to the provincial motor insurance system, some giving the CRT jurisdiction over motor vehicle claims.

For TLABC, the situation is one of access to justice, Dick said, something he said dissenting Justice Elizabeth Bennett noted in her part of the appeal decision.

“The CRT has been established as a parallel court assigned to deal with personal injury from motor vehicle claims,” Bennett said. “As a result, the unity and uniformity of the Canadian judicial system is undermined, and the core jurisdiction of the superior court has been impermissibly infringed.”

He said after the Hinkson decision, people could file cases in the CRT or the courts.

He’s hoping a similar situation might happen while the Ottawa court decides to hear the case or not.