Being on the Rachael Ray Show was quite an experience for Aly Pain.

And she would do it again in a heart beat.

Pain is a Vernon-based life coach with an international following who appeared on the hugely popular American talk show Monday.

The certified life and relationship coach, who specializes in helping parents build stronger relationships with their teen children, spoke about teenagers and boundaries.

Pain pivoted her business to online during the pandemic, which led to her TikTok talks and other videos, where she has gathered an audience of more than 550,000 people from around the world.

She got the attention of the Rachael Ray Show last year which led to several hours-long phone calls, numerous emails and a recorded interview.

Pain did not know what segment they were going to use until the show aired.

“We talked about four different topics and what they played was the boundaries section,” said Pain, who has been on Canadian TV shows before, but said it was a much different experience.

In those cases, she would write her own script and present it to the show, on Rachael Ray it was the exact opposite where they presented her with a script.

“It's an incredible opportunity. She is the No. 2-ranked day time talk show in North America,” said Pain who has received positive feedback since the episode aired.

The episode will also be on streaming services and the show is promoting her appearance on various social media formats.

“Because she does very few parenting segments, they tend to do pretty well,” said Pain, adding her Instagram numbers have increased since the episode aired.

As of Tuesday, the latest TikTok numbers had access to were from prior to the show airing.

“It's been positive on social media for sure,” she said. 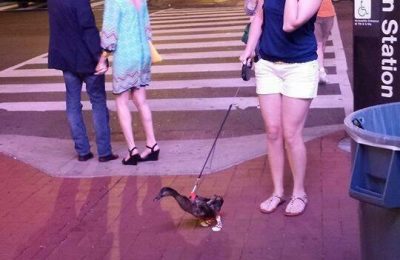