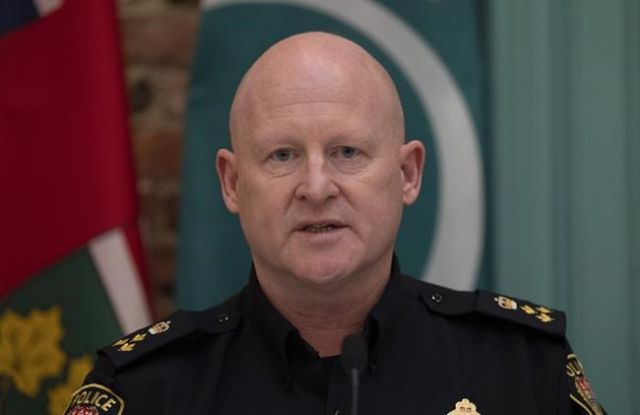 Photo: The Canadian Press
Steve Bell speaks during a news conference in Ottawa, Thursday, April 28, 2022. Ottawa’s interim police chief says he did not ask the federal government to invoke the use of the Emergencies Act during the “Freedom Convoy” in February. THE CANADIAN PRESS/Adrian Wyld

Ottawa’s interim police chief says he did not ask the federal government to invoke the Emergencies Act during the “Freedom Convoy” in February.

The Liberals have said law enforcement asked for additional powers that could only be granted by declaring a national emergency.

Last week, however, Commissioner Brenda Lucki also said the RCMP did not ask the federal government to use the act.

Ottawa interim chief Steve Bell spoke to a parliamentary committee today, along with representatives from the Ontario Provincial Police, the RCMP and Gatineau police, about issues with jurisdiction in downtown Ottawa.

The committee on Procedure and House Affairs is examining whether the Parliamentary Protective Service should have jurisdiction over Wellington and Sparks streets, in addition to its current oversight of the parliamentary precinct.

Bell says there will need to be clarity on the boundaries of each organization’s responsibility if any changes are made, and clarity about what happens when events such as protests cross over those boundaries.