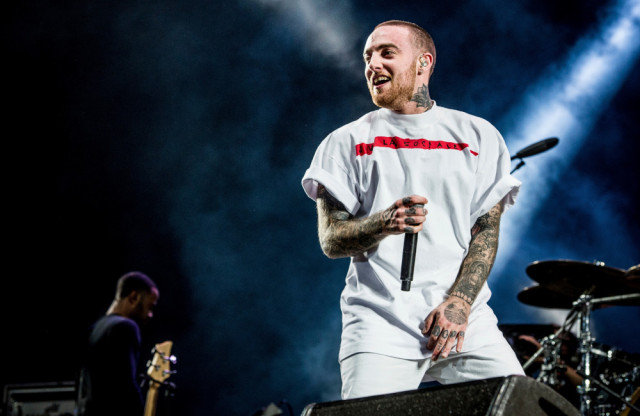 A man has been sentenced to over 17 years jail in connection with Mac Miller's death.

Miller — whose real name was Malcolm McCormick — tragically died in September 2018 of an accidental overdose, and on Monday (16.05.22), Stephen Walter was sent to federal prison for 210 months for his role in the crime.

According to court documents, Walter — who was also charged with being a felon in possession of ammunition — had directed co-defendant Ryan Reavis to distribute fentanyl-laced pills to another co-defendant, Cameron Pettit, who in turn sold them to the rapper.

Walter had reached a plea agreement last October, under which he would be subjected to a 17-year jail term but District Judge Otis D. Wright II branded the punishment "too lenient" after it was discovered he continued to sell the pills and cocaine leading up to his 2019 arrest, and so sentenced him to 17-and-a-half years jail and five years of supervised release.

Following the sentencing, prosecutors read a statement from Mac's mom Karen Meyers, which had also been read out last month when Reavis was jailed for 10 years.

She said: "My life went dark the moment Malcolm left his world. Malcolm was my person, more than a son. We had a bond and kinship that was deep and special and irreplaceable. We spoke nearly every day about everything – his life, plans, music, dreams.

"His laughter was infectious and bright. My love for him was unparalleled, and I felt the same from him. He would never knowingly take a pill with fentanyl, ever. He wanted to live and was excited about the future. The hole in my heart will always be there."

Walter also addressed the court and insisted he was "truly remorseful", though he denied some reports of his alleged conduct.

He said: "My actions caused a lot of pain, and for that I’m truly remorseful. I’m not that type of person who wants to hurt anybody. That’s not me. But on the paperwork where it says that I continued to conduct in that kind of behaviour after I knew that there was death, that’s not the truth."

The man went on to claim he had no idea the pills would end up in Mac's possession.

He said: "I dealt with Cameron Pettit, and he led me to believe that he was going to ingest the pills that I sold him. He never told me anything about McCormick. He didn’t tell me he was going to deliver those pills to another person.

"I’m still taking responsibility for everything that happened, but he never told me it was for another person.

"He was experienced is using those pills. I thought it was for him-- for personal use. And then he delivered them to McCormick with cocaine and Xanax, or whatever. I was not willing to do that and had no intent to do anything else other than [sell to] Cameron Pettit.

"And then two days later, when there was an overdose, Cameron never called me and told me about it, that he had anything to do with him. So I had no idea that somebody had passed. If I would have known, I would not have continued that type of behaviour."

Walter's attorney confirmed he doesn't plan to appeal his sentence.