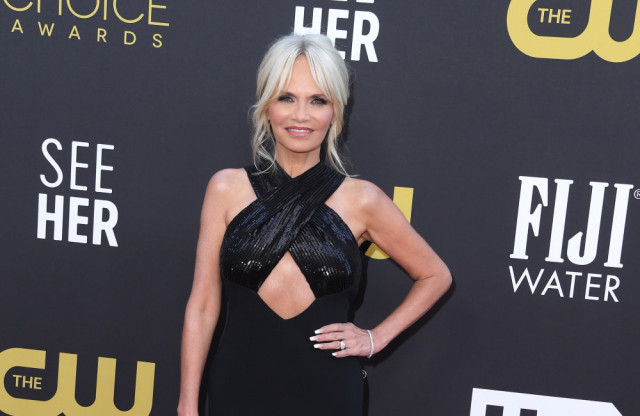 Kristin Chenoweth is "haunted" by narrowly avoiding being a victim of a childhood tragedy.

The 53-year-old actress was supposed to go camping with her Girl Scouts troop in 1977 but had to miss the trip when she fell ill, and the twist of fate has always stayed with her because three of those on the trip - Lori Lee Farmer, eight, Michele Heather Guse, nine, and 10-year-old Doris Denise Milner - were brutally raped and murdered.

In a trailer for new docuseries 'Keeper of the Ashes: The Oklahoma Girl Scout Murders', she said: "This is a story I wish I never had to tell. It haunts me every day. But this story, it needs to be told.

At the time of the tragedy, Gene Leroy Hart - who had escaped from a local jail - was arrested, but he was acquitted in 1979, though recent DNA evidence has suggested he was involved.

The four-part Hulu series will see investigators utilising technology that wasn't available at the time to take a fresh look at the evidence, as well as interviews with the victim's families, Hart's lawyer, a sheriff who reopened the case, and a camp counsellor.

The 'West Wing' actress was keen to be involved with the project in order to "honour" the victims.

She said: "When I think of those three girls, I wonder what's the best way to honor them. That's why I'd come back home, to find answers once and for all."

Last week, Mayes County Sheriff Mike Reed admitted he is "convinced" Hart - who died in 1979 while in prison on unrelated charges - was involved in the girls' deaths, despite 2019 DNA testing officially being recorded as inconclusive.

He said: "Unless something new comes up, something brought to light we are not aware of, I am convinced where I'm sitting of Hart's guilt and involvement in this case."