How recession resilient is B.C.?

Can BC handle a recession? 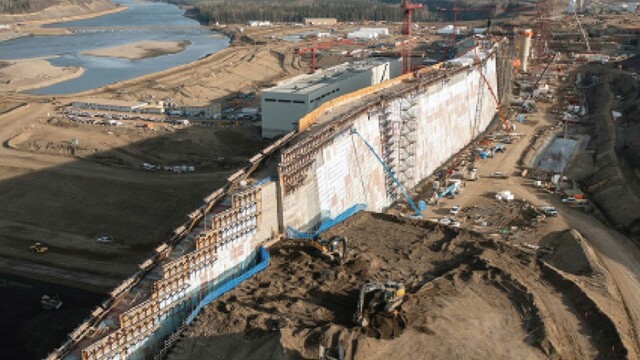 Photo: BC Hydro
The $16 billion Site C dam project is one four energy mega-projects under construction in B.C. that account for more than $60 billion worth of construction

Four out of five Canadians are at least somewhat concerned that runaway inflation and rising interest rates could push Canada into a recession, according to a recent Nanos Research poll.

Not surprisingly, that concern is highest among older Canadians: those who are old enough to remember the inflation and crippling interest rates of the 1970s and the deep recession that ushered in the 1980s.

But just as B.C. escaped the worst impacts of the 2008-09 recession, B.C. economists think the province could be spared the worst financial impacts if the Canadian economy did slide into recession.

“Our base forecast for B.C. doesn’t include a recession,” said Jock Finlayson, economist and senior policy adviser for the Business Council of BC. “But the risk of that has certainly increased. Six months ago, the risk would have been nugatory.

“For B.C., if we think about a scenario where North America – the U.S. and Canada together – actually go into a recession some time in the next 12 months, which I don’t think is very likely, could we potentially be spared? I think the answer is yes.

“Even if Canada and the U.S. had a technical recession, I think we would have a chance to avoid that in B.C.”

B.C. was spared the worst of the 2008-09 recession, partly due to all the spending and building that had been going on in the lead-up to the 2010 Winter Olympic Games.

“We didn’t actually avoid recession in 2009,” Finlayson said. “We had a milder recession than Canada and the United States.”

Bryan Yu, chief economist for Central 1 Credit Union, agrees that, even if there were a North American recession, B.C.’s economy would likely be buoyed, at least in part, by a vibrant natural resources sector.

“If we look at the 2021 numbers, we saw in 2020 that we actually had the shallowest downturn during the pandemic, but also one of the strongest recoveries last year as well,” Yu said. “We had 6.2 per cent growth in the economy.”

There are a number of factors working in B.C.’s favour, Finlayson said. One is demographics.

“Just as a matter of arithmetic, that tends to grow the economy,” Finlayson said. “More population creates more demand for goods and services, and housing, but also increases the workforce.”

B.C. has a fairly diversified economy, with eight per cent of GDP now accounted for by high tech. But as Finlayson recently noted, natural resources “still drives the bus” in B.C., and natural resource companies in B.C. are profiting from high commodity prices – everything from lumber to copper, metallurgical coal and natural gas.

The oil and gas sector in particular continues to pump billions into the B.C. economy through large energy projects that include the $18 billion LNG Canada project in Kitimat, the $6.6 billion Coastal GasLink pipeline and $21 billion Trans Mountain pipeline expansion.

These projects, along with B.C.’s Site C dam, will be in another peak construction phase this year, employing between 19,000 and 20,000 workers this year and into 2023. Construction on the $1.6 billion Woodfibre LNG project in Squamish is also expected to be underway in 2023.

“Generally, we’re still seeing a very healthy environment for commodity prices,” Yu said. “That’s generally beneficial for B.C., especially for metals and minerals. And natural gas prices are exceptionally high right now in North America. Those are significant drivers, at least on the income side for the economy.”

“If you had a really stinking global recession, obviously commodity prices would crater,” Finlayson noted. “But very few people expect that, partly because there’s been such a lack of investment in supply, especially on minerals, metals and energy. So I think our commodity orientation, which has been helping us for the past couple of years in terms of growth, would probably give us some protection.

“I think these big projects, as we continue to see spending on them, would help to cushion the economy here.”

Yu noted that energy mega-projects helped B.C.’s economy weather the economic downturn in the early part of the pandemic, and he expects them to continue to bolster the economy through 2022 and 2023.

“These have been very supportive throughout the pandemic,” Yu said. “Site C, LNG – they’re still moving at that peak build-out stage right now. Similarly, now Woodfibre LNG is a go, so we’ll see activity on that end as well.”

“So the high levels of provincial capital spending would also provide some protection from a downturn,” Finlayson said.