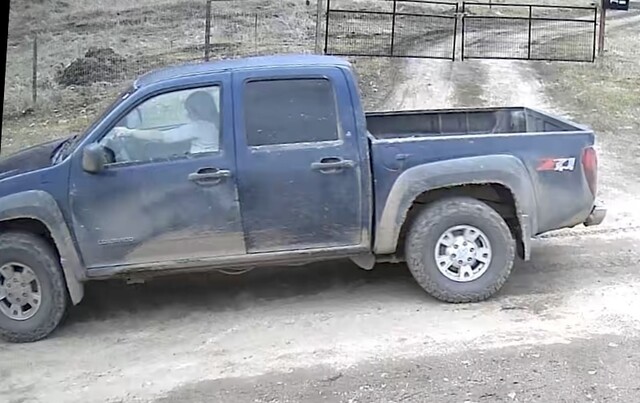 A handful of Monte Lake residents were on hand in a Kamloops courtroom on Monday to watch the bail hearing of a woman accused of setting a string of fires in rural areas in recent weeks.

Angela Elise Cornish, 42, is facing four counts of arson stemming from a fire on April 30 in Monte Lake and blazes between May 7 and May 11 in the Lac Le Jeune area.

David Newcomb was one of a trio of Monte Lake residents who made the drive into Kamloops on Monday to observe the hearing, during which a prosecutor laid out the Crown’s case against Cornish.

“When these fires were lit, it hadn’t rained for at least three weeks. Everything was dry … and it’s been really windy lately, too. And someone is running around lighting fires?

“It’s too much for people. There’s still a lot of PTSD going on.”

A publication ban covers all of the evidence presented at Cornish’s bail hearing. The circumstances of the allegations against her won’t become public until she stands trial or has her charges otherwise dealt with.

Cornish, who lives in Kamloops, has been in jail since her arrest on May 11.

Police said she was identified as a suspect after a sharp-eyed Monte Lake resident spotted a suspicious truck in the area of a fire on April 30.

Newcomb said a suspicious fire was set about 200 metres from his home last month, and he said he saw a similar blue Chevrolet Colorado nearby.

After much of Monte Lake was destroyed by the White Rock Lake wildfire last August, Newcomb said people living in the area are understandably on high alert.

“With this string of fires, it’s been so stressful. I can’t describe it. It’s like the fires coming up from all over again.”

There was no decision on Cornish’s bail on Monday, meaning she will remain behind bars for the time being. She’s being held at a women’s prison in the Lower Mainland and appeared at Monday’s hearing by video.

Lawyers are expected to meet on Tuesday morning to set a date for her bail decision.