RCMP, SD73 face off in cycling challenge fundraiser benefiting the BC Children's Hospital 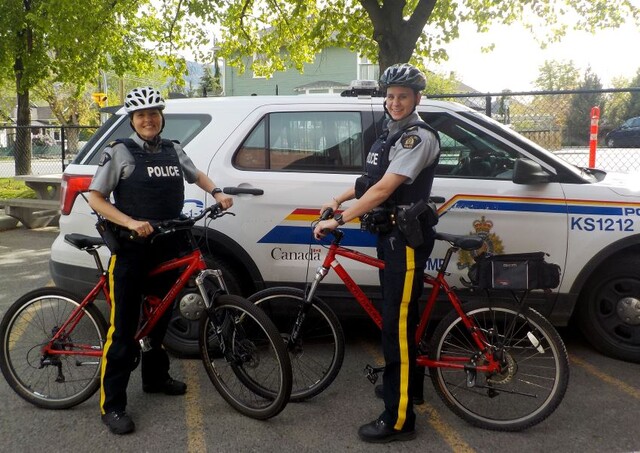 Photo: Kamloops RCMP
A team of Kamloops police officers are taking part in a cycling challenge with school district staff, raising money to fight children's cancers through the BC Children's Hospital Foundation.

Kamloops police officers are gearing up to compete against a team of school district staffers in a cycling challenge benefiting the BC Children’s Hospital.

According to a Kamloops RCMP news release, police and School District 73 representatives will take part in a NorKam Key Club Ride on Wednesday, raising money to fight childhood cancers.

The cycling challenge involves teams of six who will ride stationary bikes for 10 minutes each. The team who wins the most pledges will be treated to coffee and donuts by the runner-up.

Cpl. Dana Napier, of the Kamloops RCMP Crime Prevention Unit, said the friendly competition helps with fundraising efforts, and brings the important initiative to the forefront.

“It brings to light that not all children are able to do kid things like ride a bike outside with their friends,” Napier said.

“We really appreciate everything the hospital does to allow kids to still feel like kids while they’re dealing with some really serious stuff.”