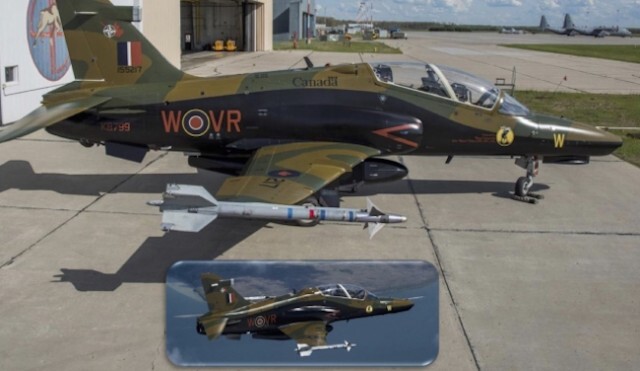 The City of Kamloops will be receiving a visit from the 419 Air Force Squadron — nicknamed the Moose Squadron — at the end of May.

In a statement, Wendy McKenzie, president of Kamloops’ 886 (Overlander) Royal Canadian Air Force Association said the CT-155 Hawks are scheduled to land on Friday, May 27 in the afternoon.

“During their visit to Kamloops, the members of 419 Squadron, which has Freedom of the City, will be attending the 36th anniversary of 886 (Overlander) Wing of the RCAF Association’s annual dinner,” the statement said.

The jets will depart from Kamloops on Sunday, May 29.

The 886 (Overlander) Wing was created to promote the traditions and heritage of the Air Force in Kamloops, and to maintain a strong relationship with the city and the 204 Black Maria Squadron, which is based out of Heffley Creek.

McKenzie said a limited number of tickets for the May 28 dinner are available for residents interested in meeting and dining with members of the 419 squadron.