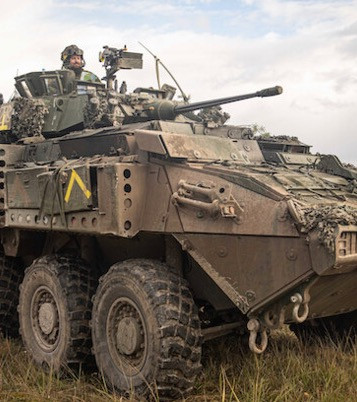 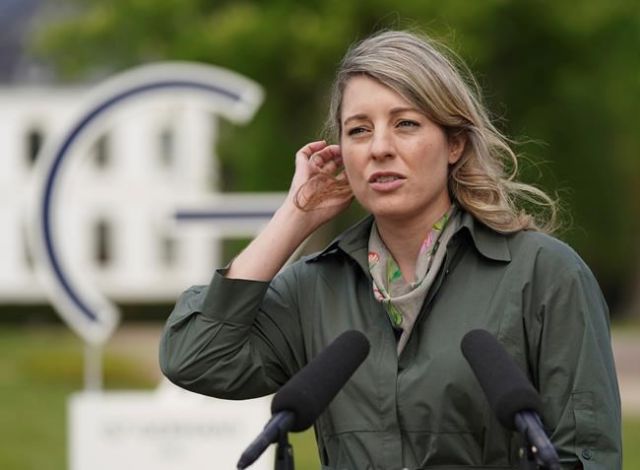 Photo: The Canadian Press
Melanie Joly, Foreign Minister of Canada, addresses the media during a statement as part of the meeting of foreign ministers of the G7 Group of leading democratic economic powers at the Weissenhaus resort in Weissenhaeuser Strand, Germany, Saturday, May 14, 2022. Foreign Minister Melanie Joly says Canada is prepared to send ships to help Ukraine export its wheat to the developing world. (Marcus Brandt/Pool via AP)

Joly says she has held talks with other G7 and European nations about sending Canada's ships to ports in neighbouring Romania to help Ukraine get its wheat to markets that rely on it.

Russia has blockaded Ukraine's ports, prompting warnings from the World Food Program that developing nations in Africa and the Middle East that rely on Ukrainian grain as a staple food may go hungry.

Speaking after meetings with G7 and European allies, as well as a recent visit to Ukraine, Joly says getting Ukraine's wheat out is a priority, along with making sure grain silos are secure so the next harvest can be stored.

Ukraine's ambassador to Canada has told MPs that Russian troops have been raiding Ukrainian wheat stores.

Joly also says Canada plans to swiftly ratify the entry of Finland and Sweden to NATO, adding there is support for this in Parliament.