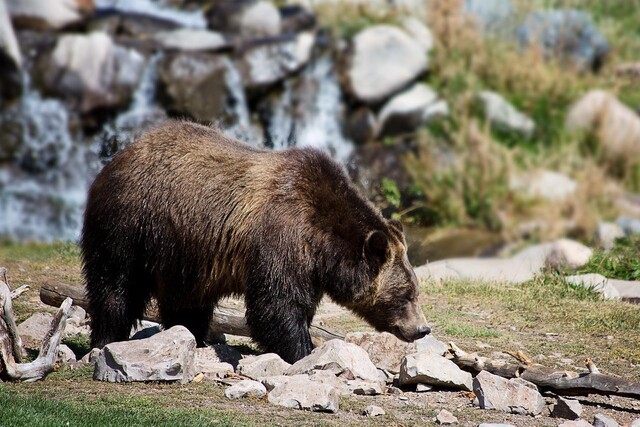 B.C. professional hunting guides and outfitters are in court today to challenge a provincial ban on grizzly bear hunting that they say was purely political and not based on sound wildlife conservation science.

B.C. hunting guides and outfitters, led by Ron Fleming and his wife, Brenda Nelson, of Love Bros. & Lee are seeking certification of a class action lawsuit against the government, arguing the ban has caused them undue financial harm and was not warranted by conservation concerns.

In their petition to the BC Supreme Court, they argue that the decision to outlaw the grizzly bear hunt in B.C. has been devastating to the more than 100 guide outfitters in B.C. that relied on grizzly bear hunting as part of their business.

“The opportunity for that hunt was extremely important to Ron and Brenda’s business, even though many of their clients did not actually harvest a grizzly bear,” their petition to the court states.

The B.C. government used guide outfitters to help manage B.C.’s grizzly populations, based on wildlife conservation plans which, up until 2017, had not identified any need for a ban on grizzly bear hunting, they argue.

“That all changed abruptly in 2017 when the minister responsible for the Wildlife Act – without notice and for reasons that were completely unconnected to the responsible management of wildlife - suddenly banned grizzly hunting across all of B.C. and cancelled notional quota allocations," the petition says. "This sudden change was devastating for Ron and Brenda Fleming. And it was devastating to the 118 other guide outfitters (and) small business owners … who also relied on the grizzly bear hunt for some or all of their livelihood.

“With the stroke of a pen, using statutory powers for an improper purpose and contrary to law, the minister banned them from doing what they had lawfully been doing for years. It pulled the rug out from under them because of purely political purposes that were not consistent with the purposes of the Wildlife Act, and were an abuse of the authority that act conferred.”

In B.C., non-resident hunters are required to hire a certified hunting guide, who receive quotas to hunt a variety of species within a region for five years. Fleming testifies each grizzly bear hunt was worth US$12,500, with an added fee if the customer was successful in killing a grizzly bear.

The lawsuit argues that the government’s wildlife conservation plan up to 2017 did not include any plans to eliminate grizzly bear quotas. When Fleming asked for an explanation, he says got no answer from the ministry of Forests, Lands, Natural Resource Operations and Rural Development (FLNRORD) and after filing a freedom of information request, the response he got was heavily redacted.

The lawsuit further claims that Tim Sheldan, former deputy minister for FLNRORD confirmed “that at the time of the grizzly hunting ban the province’s grizzly bear population was generally healthy and stable.”