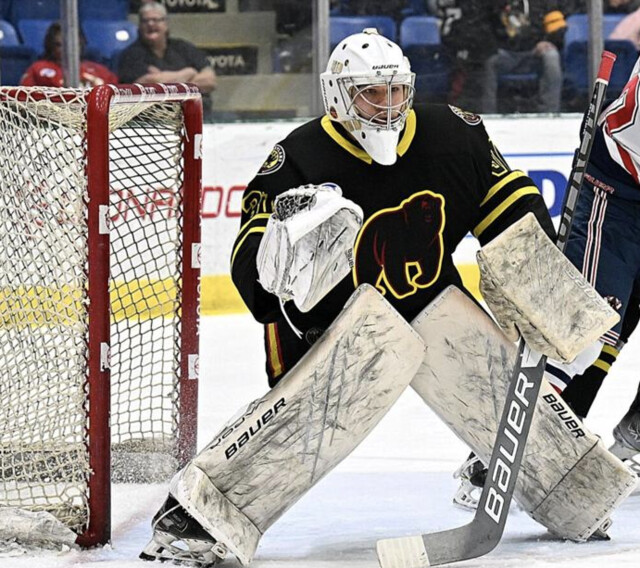 The Penticton Vees have a acquired a new goaltender for the 2022/23 season.

Luca Di Pasquo, 18, comes to Penticton fresh from a season with the Maryland Black Bears in the North American Hockey League.

The dual American-Canadian citizen ranks figth amongst North American goaltenders in the final rankings ahead of the 2022 National Hockey League Entry Draft in Montreal, Quebec.

“Goaltending has always been a strength of our program,” stated president, general manager and head coach Fred Harbinson.

“With Colin Purcell returning and the graduation of both Kaeden Lane and Carter Serhyenko, it was important to find an elite goaltender to continue that tradition.”

Di Pasquo has expressed his excitement to join the team.

"I believe the opportunity for my development both as a goalie and person will help me succeed at the next level. I look forward to being coached by the great staff in Penticton as well as being a part of a winning culture," he said.

Meanwhile, the Vees continue their quest for the Fred Page Cup. They are up 2-0 in the final series against the Nanaimo Clippers after two wins this weekend.

The action resumes Tuesday on Vancouver Island, with puck drop at 7 p.m. Catch the game live on Bounce Radio 800 or streamed online at BCHLTV.ca

Should Game Five be necessary, the Vees will be back at the South Okanagan Events Centre Friday, May 20.