'The Judds' tour to go ahead 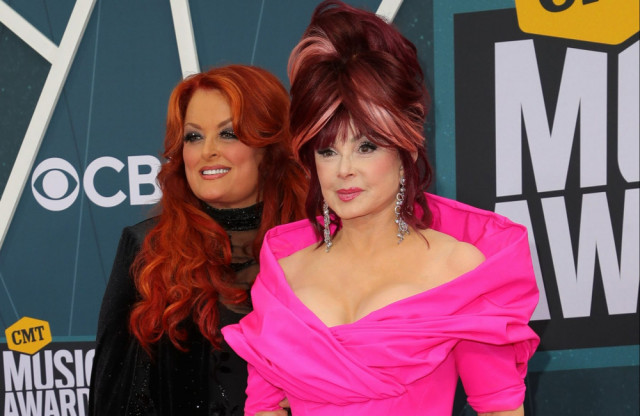 Wynonna Judd has confirmed she will continue with her upcoming tour despite the death of bandmate Naomi Judd.

Naomi passed away last month at the age of 76, taking her own life after a long battle with depression.

Wynonna and Naomi formed the country duo together, and many had expected the tragedy could spell the end for the band.

'The Judds' were due to hit the road again for 'The Final Tour' later this year, but Wynonna has now confirmed she plans to continue with the concerts despite losing her mum.

Speaking in a TV special, 'Naomi Judd: ‘A River Of Time’ Celebration', which aired in the US on Sunday night (16.05.22), she confirmed the tour will go ahead.

She said: "I will continue to sing. I said I would. So, I've made a decision, and I thought I'd share it on national television: that after a lot of thought, I'm going to have to honour her and do this tour.

"I'm just going to have to. Because that's what you would want. And Bono once told me, give them what they want, not what you want."

There were also video tributes sent in by celebrity pals such as Bono, Morgan Freeman, Oprah Winfrey Reese Witherspoon, and Salma Hayek.

The Judds' 'Final Tour' features 10 US dates and special guest Martina McBride. It is due to kick off on September 30 in Grand Rapids, Michigan.

The shows conclude in Nashville at the Bridgestone Arena on October 28.