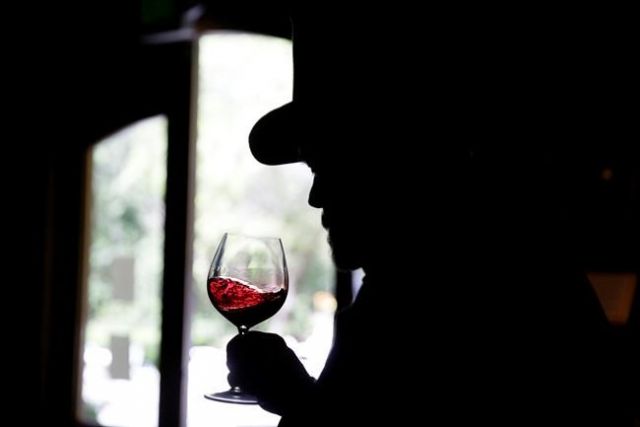 Photo: The Canadian Press
A man swirls a glass of wine during a virtual online tasting and tour of the historic Buena Vista Winery in Sonoma, Calif., Wednesday, April 1, 2020. The federal food inspection agency says two wines produced in the West Bank and sold in Ontario were falsely branded "Product of Israel," given the lack of clarifying information on the labels. THE CANADIAN PRESS/AP/Eric Risberg

The federal food inspection agency says two wines produced in the West Bank and sold in Ontario were falsely branded "Product of Israel," given the lack of clarifying information on the labels.

The new determination from the Canadian Food Inspection Agency is the latest twist in a politically tinged case that began five years ago.

In 2017, David Kattenburg, then a resident of Winnipeg, filed a complaint with the agency about two wines made in the West Bank settlements of Psagot and Shiloh. He argued they should not be deemed products of Israel under Canadian law because they were from Israeli settlements in the occupied territories.

The agency initially sided with Kattenburg but reversed its decision after Global Affairs Canada noted the West Bank was included under the Canada-Israel free trade agreement.

In 2019, a Federal Court judge found the settlements were not part of the State of Israel and the labelling was therefore "inaccurate and misleading."

The judge sent the matter back to the food inspection agency, a course of action upheld last year by the Federal Court of Appeal.

In its latest determination, dated Friday, the inspection agency says the wines were not produced within the internationally recognized boundaries of Israel, and their labels do not mention they were made in an area of the West Bank administered by the Israeli state.

As a result, the labelling is "false" and therefore runs afoul of provisions of the Food and Drugs Act and the Safe Food for Canadians Act.

However, the food inspection agency says it lacks a mandate to suggest accurate wording or to approve labels.

Instead, the agency intends to hold a consultation later this year with interested parties on an acceptable declaration of origin in this case and similar circumstances.

In a joint blog post, Kattenburg and his lawyer, Dimitri Lascaris, welcomed the agency's redetermination and suggested the labels on the wines in question should read "Product of West Bank (Israeli settlement)."

"We are hopeful that, once importers of Israeli settlement products adapt to the new ruling, the CFIA will take steps to ensure that the labels on these products contain all material information that Canadian consumers require in order to make informed purchasing decisions," their statement reads.

Kattenburg, who now lives in the Netherlands, said Sunday in an interview he plans to participate in the inspection agency's coming consultation by "arguing that labels have to be absolutely explicit."