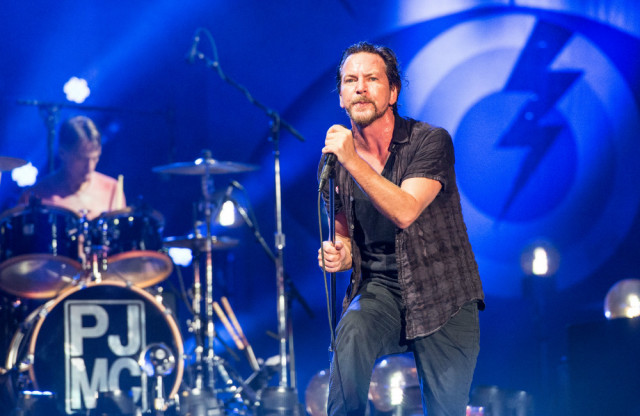 The musician was unable to perform with the band for the first time in over 24 years on Thursday (12.05.22) and Friday (13.05.22) but rather than cancel the gigs in Oakland, California - which had previously been postponed - the 'Jeremy' hitmakers approached local drummers and asked them to fill in.

While professionals Josh Klinghoffer and Richard Stuverud filled in during most of the shows, on Thursday, local music teacher Josh Arroyo stepped up to play the group's final song 'Yellow Ledbetter', and the following evening, teenager Kai Neukermans - who plays in a band called The Alive - was brought on stage to play 'Mind Your Manners'.

According to TMZ, both men had been carefully scouted and selected before the shows and are believed to have had time to rehearse with the band, rather than their introduction to the stage being spontaneous.

Before falling ill, Matt had helped his band honour late fellow drummer Taylor Hawkins by taking lead vocals on a cover of 'Cold Day In The Sun', the Foo Fighters' 2005 song which featured the sticksman - who died in March - on the mic during a gig at Los Angeles' The Forum.

The musicians previously worked together in the band Nighttime Boogie Association.

And as they kicked off their tour in San Diego earlier this month, Pearl Jam frontman Eddie Vedder paid tribute to Taylor while sharing his appreciation for his own drummer.

He said: “[Hawkins] emitted something very incredible and very special.

“We’re all missing him, and so, Matt, I’m sorry again for your loss. But it just gives us another chance to say how much we appreciate you as well.”